28 March 2010 - 3-5 pm Sunday in Parkville, Missouri
See (at the bottom of this page)
Video extracts from this show and a short doc promoting Raqsi at KCTV5 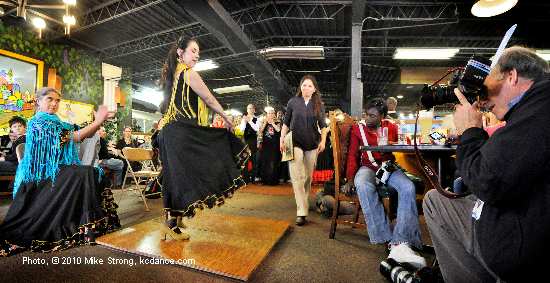 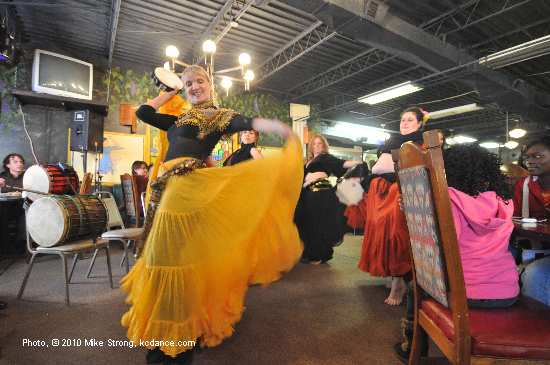 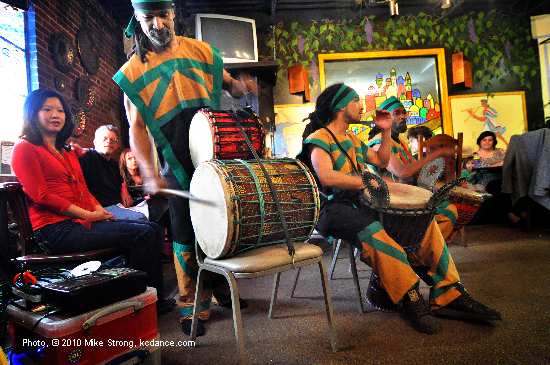 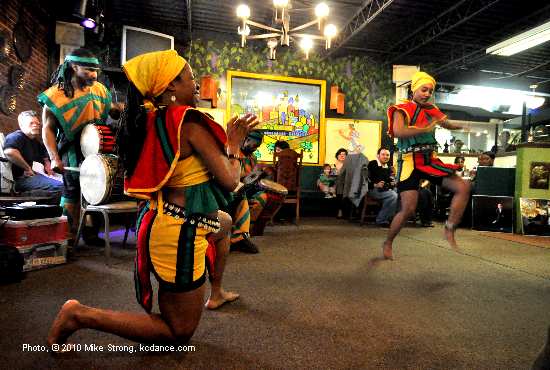 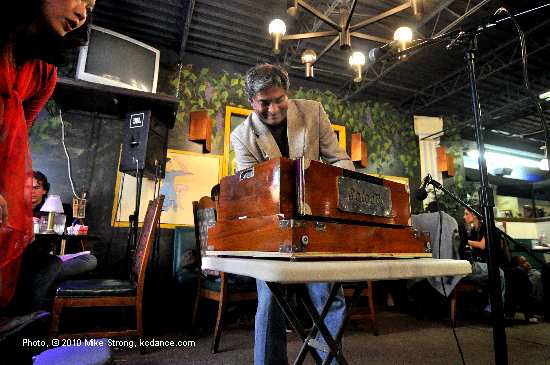 Indian singer Raja Govindarajan setting up his harmonium. Raja came in late, too late for setup and sound tests before the show because of an accident.
As Raja started out for the show he fell, sending his harmonium down a set of stairs.
It broke, tearing out a hinge and perhaps worse. He could have called it off but he came, and sang for us anyway,
with Cynthia Fung literally holding the harmonium together (above) as he played.
http://www.aavakai.com/band/taxonomy/term/95 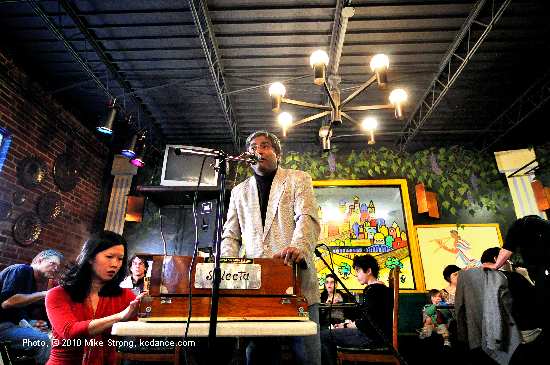 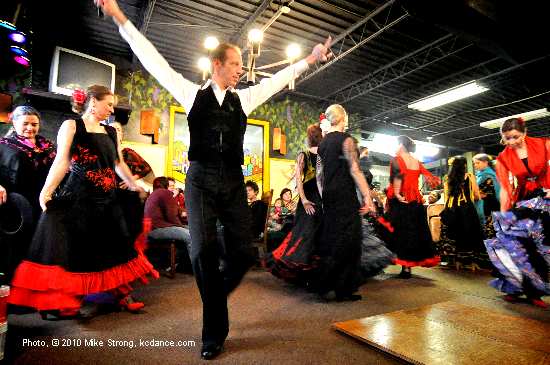 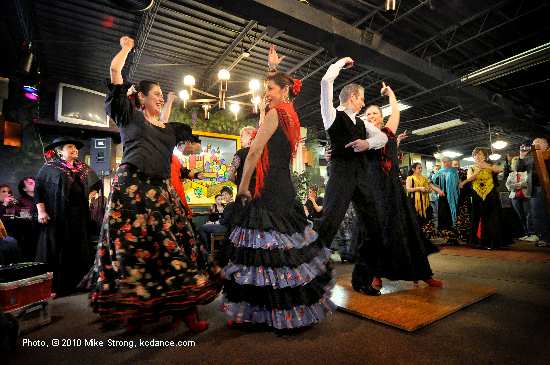 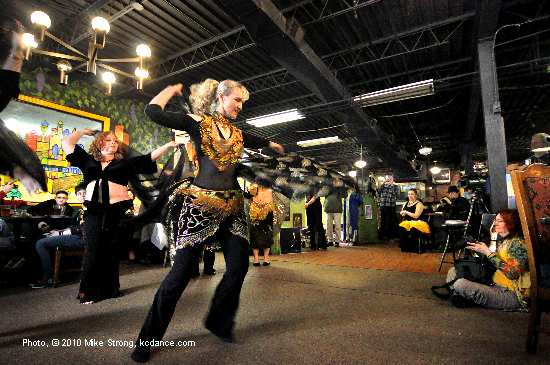 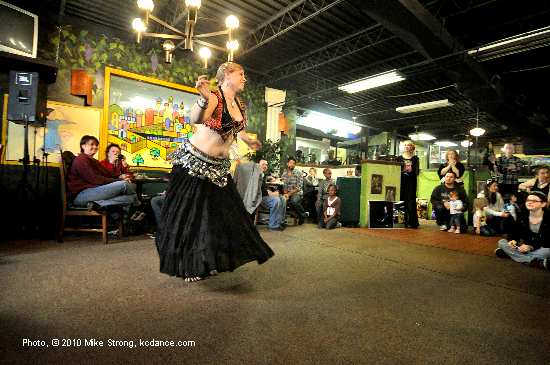 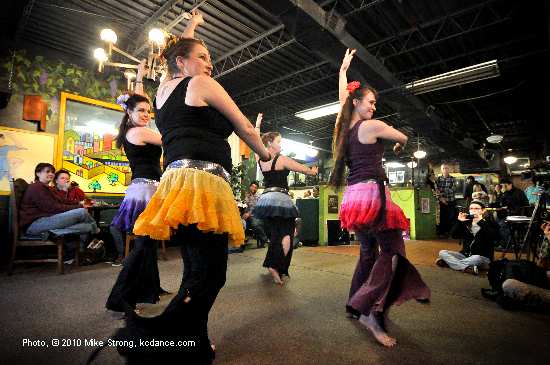 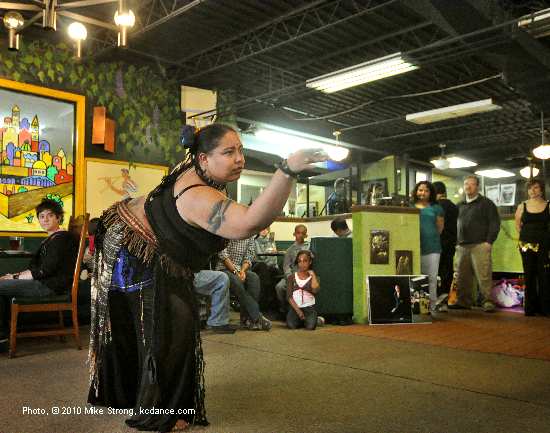 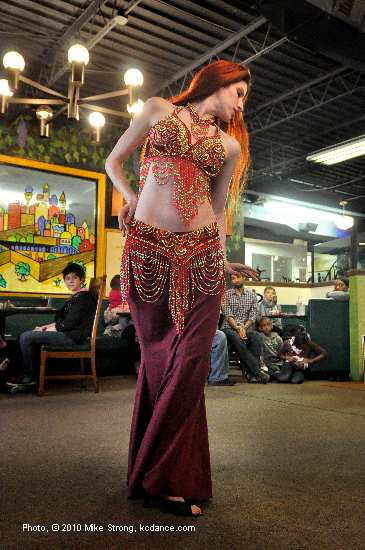 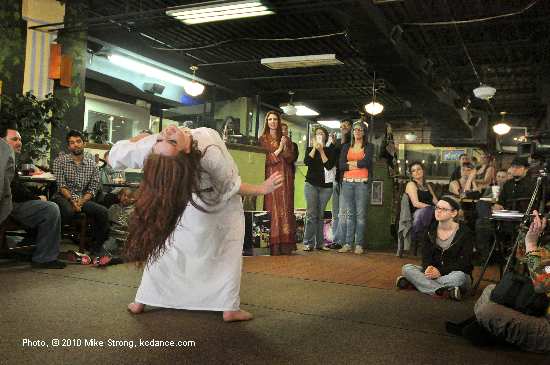 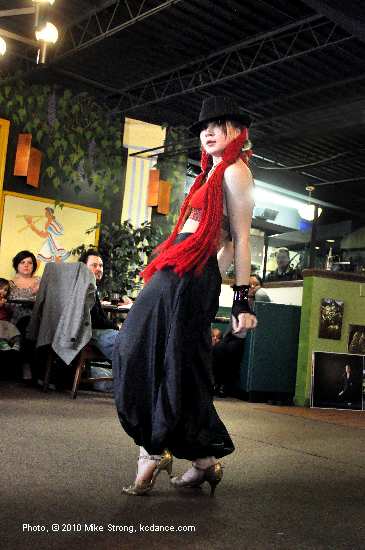 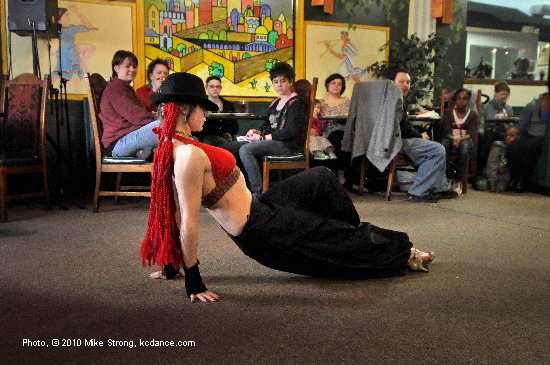 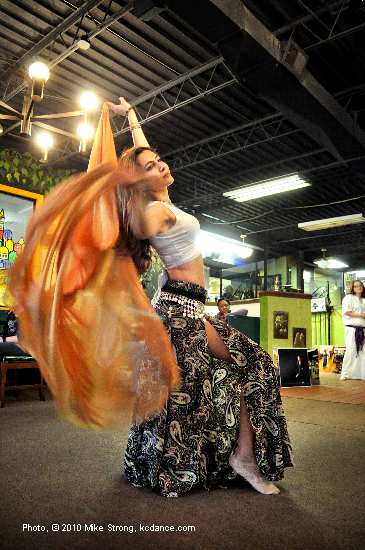 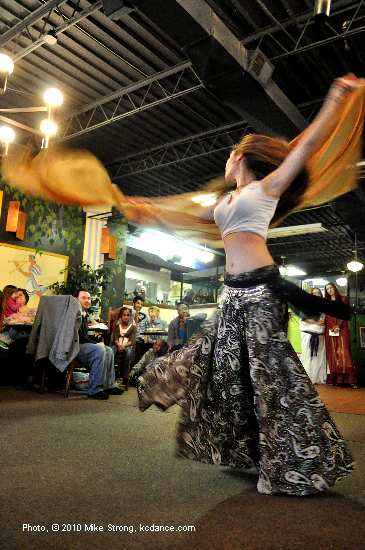 Burcu - Turkish dancer with a veil number - Burcu has been doing a lot of work with Alaturka (headed by Beau Bledsoe)
http://www.comebellydance.com 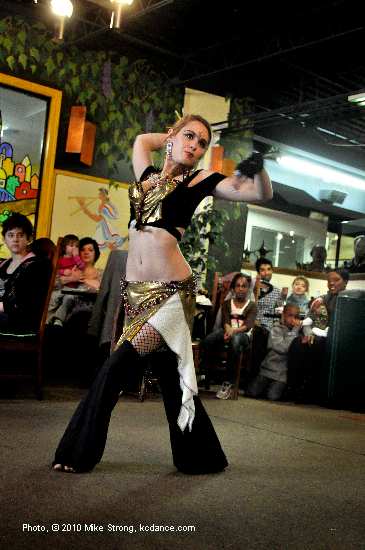 Dharma, with a tribal routine and with friends watching from directly behind her (right).
Dharma does both tribal and cabaret styles. See: http://www.Shanti-Dance.com

Open Dancing at the End - performers and audience 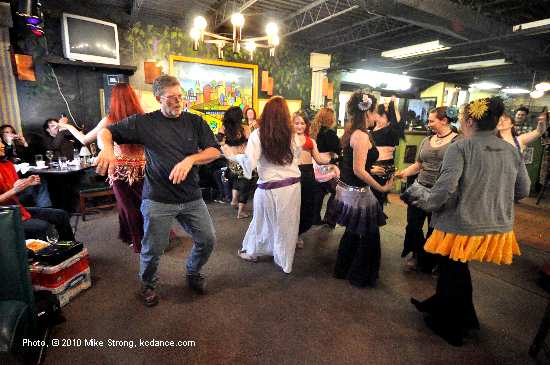 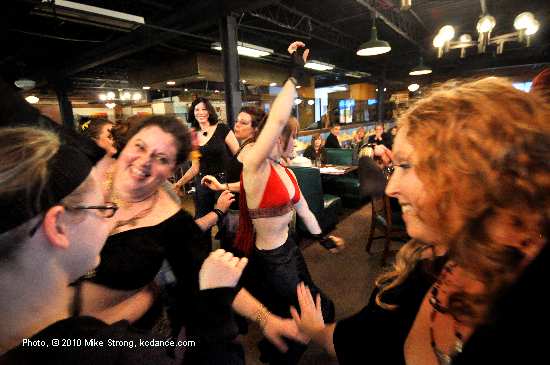 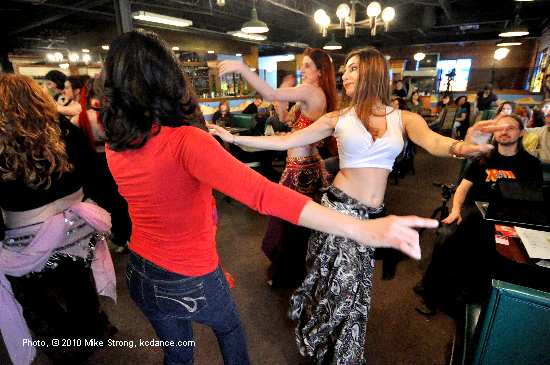 Promoting the show - a Visit to Channel 5

This is a short doc to show our small trip the KCTV5 (Kansas City, channel 5) Saturday morning 27 March 2010. We were there to promote the Raqsi Awards and Cafe Cedar. This was the day before the third of four of these events in the Nikoria Dance Troup's Bellydance Coalition effort. The next day was the largest and best so far.

While we were still in the channel 5 studio I looked around expecting to see a full crew of camera operators but instead there was one producer who operated all of the cameras using pan/tilt/zoom remote controls from a little booth. So I showed the no-crew cams on the studio floor. The only other crew visible was the guy putting text into the teleprompters who also took time to help with microphones and other assorted things. There were three on-air people, the face of the station. It made me wonder when the on-air people will be replaced by animations. The studio cameras themselves were about ENG size buried in teleprompter and remote control gear.

In any case I also recorded the broadcast at home on a DVD recorder and added that footage into my in-studio footage in a small window to parallel what I was seeing and what viewers were seeing. When the station put their footage of our visit on the web they cut the dancing off after 15 seconds. You can see all of it here, what there was of it. I am the guy in the lower right corner. I am busy starting and stopping the music on the small boombox, which I tilt down to show at one point. I shot this on a Sony FX-1000, editing in Sony Vegas Pro 9.0. Never once did my FX1000 have studio-camera envy.

It was a lot of coordination and getting ready for a mere three minutes on camera. Kathy Hanis, the PR person who arranged this one also had another client who came on the same show just after us. They came with what looked like a ton of exhibits.