Obligatory Note: Ever since the battle of Puebla in 1862 when badly outnumbered Mexican troops defeated better equipped, highly trained French troops who had not been beaten in 40 years, the fifth of May (Cinco de Mayo), has been a remembrance of the pluckiness of the "homies" beating the established big-time invaders. The "homies" won that battle but lost the war and from 1864-67 the French controlled Mexico under Maximilian as the "Second Mexican Empire."

Eventually the French were kicked out, Benito Juárez was president and Maximillian died by firing squad. Only later, and mainly in the US (It is a regional celebration in the State of Puebla.) did the battle of Puebla become a symbolic of cultural pride celebrated across the USA as Cinco de Mayo. (NOTE on a different holiday: We are coming up on the 201st anniversary of Mexican "Cry of Independence" from Spain by Father Miguel Hidalgo y Costilla on September 16th, 1810.)

So here in the Kansas City area we have our usual Cinco celebrations and with it my usual Cinco pictures. The actual 5th of May is on Thursday and this year the celebrations are spread out across about three weekends. The week before (May 1st and 2nd, the week of and the week after). On this page I am showing pictures from Emerson Park in the Argentine, in Kansas City, KS. Next week I will get shots from Guadalupe Centers on the Caesar E Chavez avenue. The week after are ceremonies for Fiesta Hispana (kind of a post-Cinco festival) at Crown Center. That is the Hispanic Chamber putting on three days of events with vendors and performances.

This is from Sabado 30 Abril 201 and Domingo 1 May 2011.
On Saturday Rose Marie's Fiesta Mexican performed. Here is a set of pictures from Rose Marie's grupo. 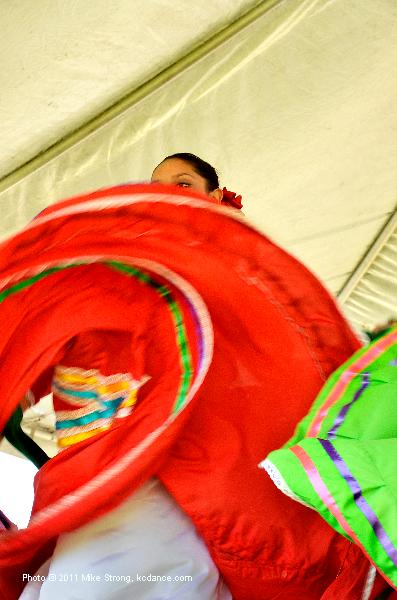 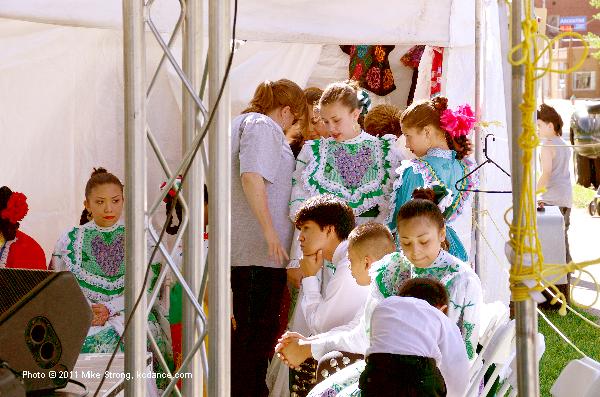 Dancers getting ready for their turn onstage. Rose Marie's Fiesta Mexicana at Emerson Park in the Argentine 1 May 2011 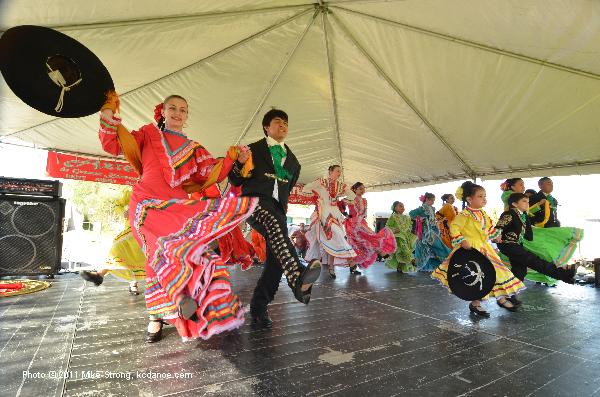 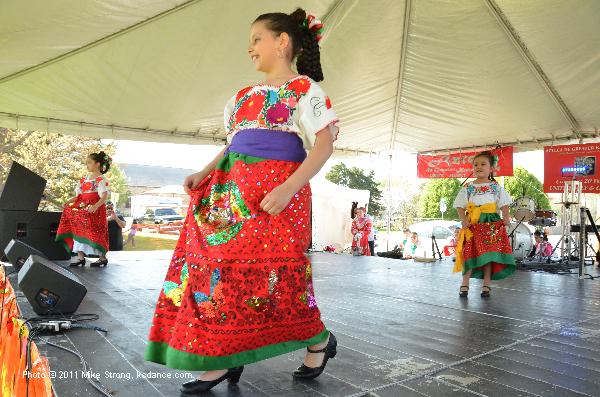 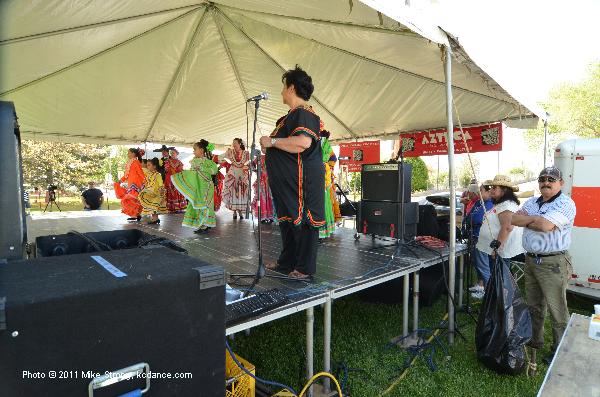 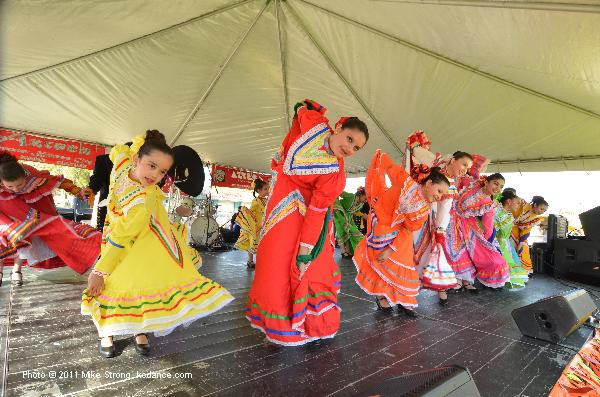 And these pictures are from Sunday with Grupo Atotonilco at Emerson Park. 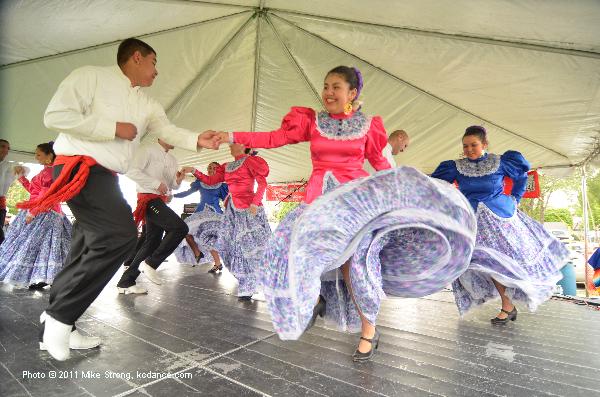 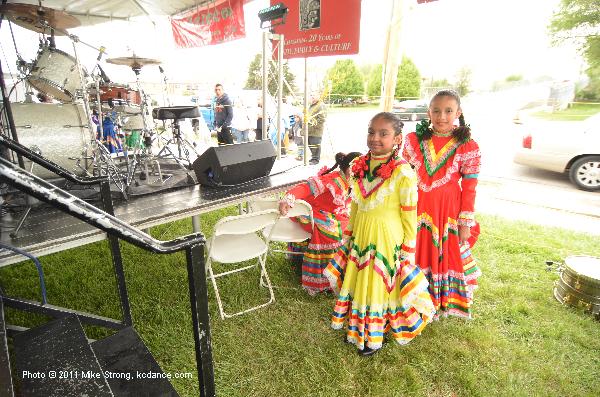 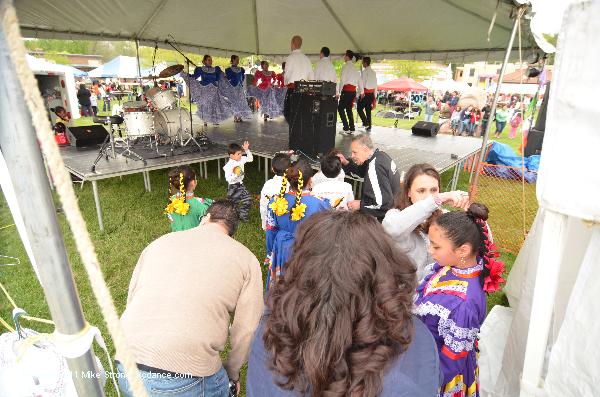 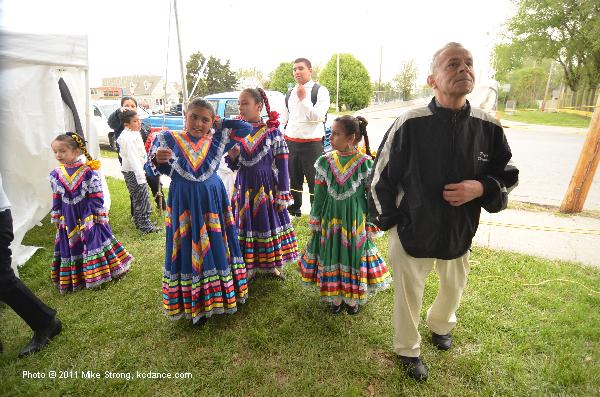 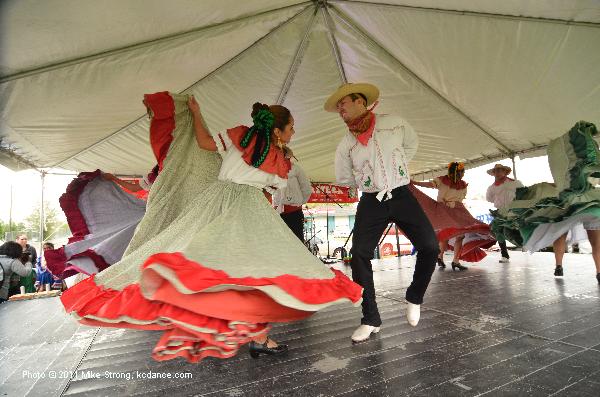 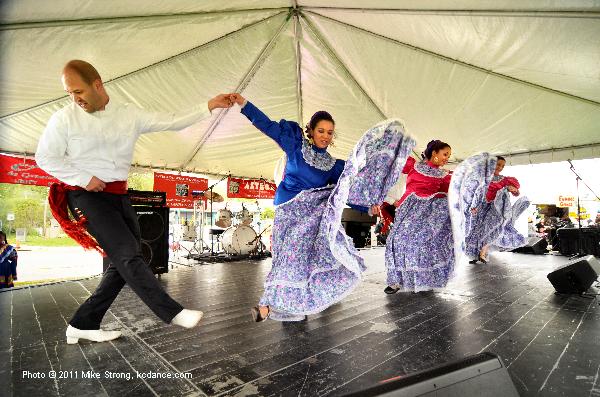 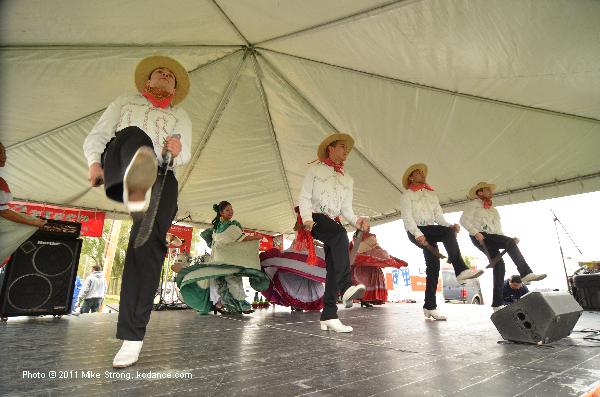 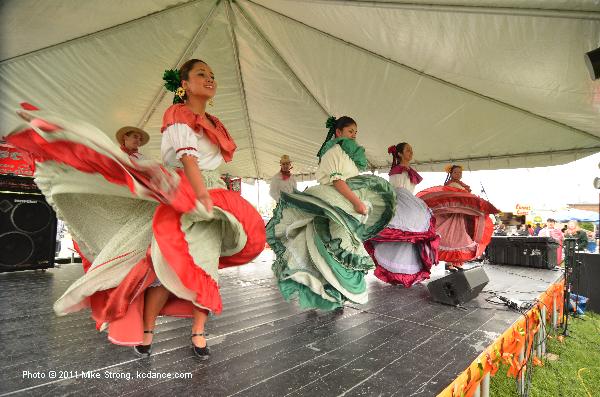