This year I was able to get to the EEFKC only one day of the three, Saturday, and that was later than I had originally intended.
When I did pull up the traffice was lined up way west of Swope and Meyer and at first I wondered whether their was any point in continuing.
But there were a couple of groups I especially wanted to get to and I wasn't sure about Sunday. So I stayed in the line. Eventually we moved,
inch by inch. After a while I realized the lane I had chosen was for the Ethnic Festival and the other lane was for Starlight. That helped that
the traffice was going to split but by the time I got to my parking place I was as far away as I've ever been, farther. Anyway, I headed in
realizing that I had missed most of the Columbian group, one of the ones I really wanted to shoot. I wound up at the end, and the bows.
I did managed to get the Japanese drum group and the Indian group and the Mexican group. The last two were the others I was really after.

Rose Marie Mendez' group, Fiesta Mexicana represented Mexico. It was nice to see many of her dancers were now
young women and had started with Rose Marie when they were very young. I have some of those pictures elsewhere.

Hema Sharma's Nritya represented India and had a mix of adult dancers and children In addition she had an audience
participation at the end of her segment where the kids came up on stage. You will see a couple of those pictures below.

I met some nice young shooters working as official EEFKC photographers. I have a couple of those pictures below. 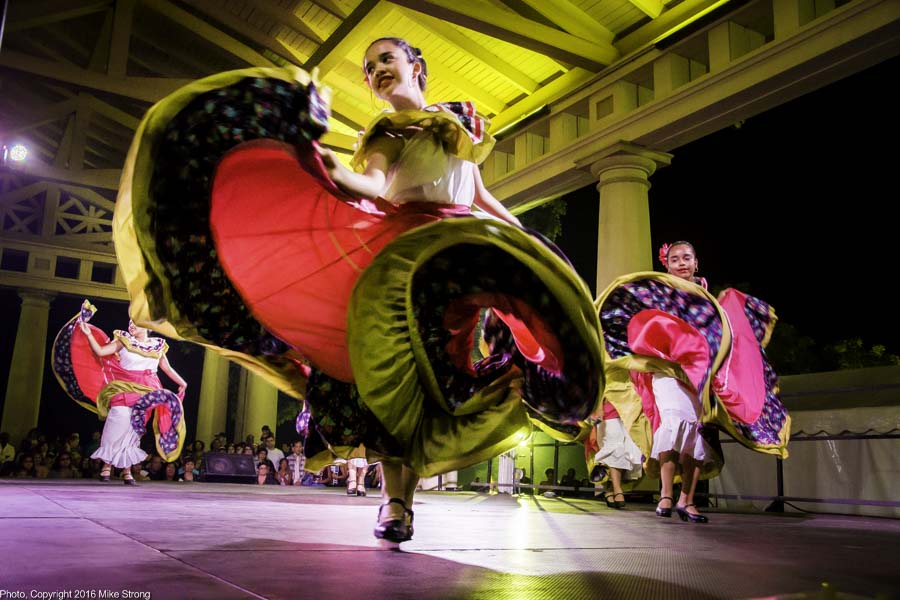 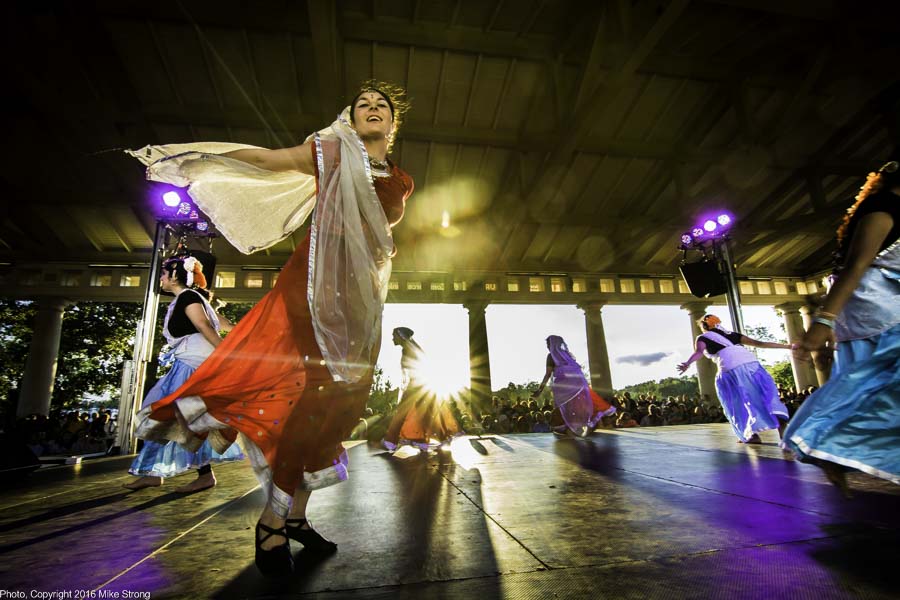 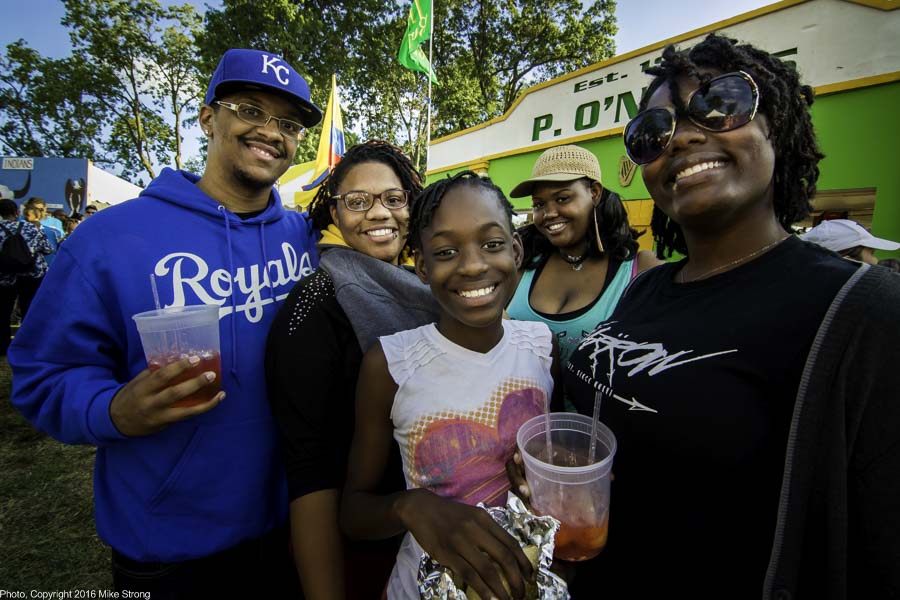 Family at the entrance to the festival 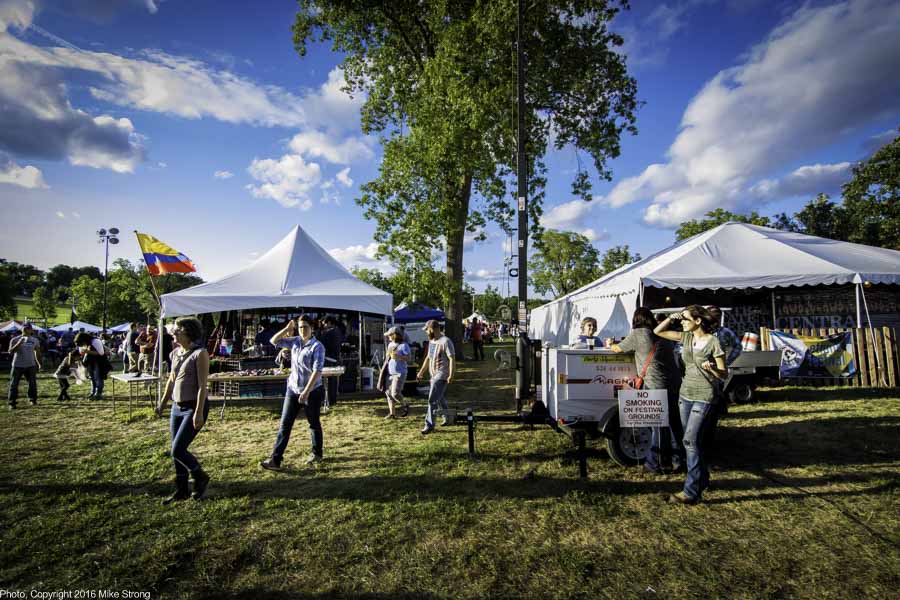 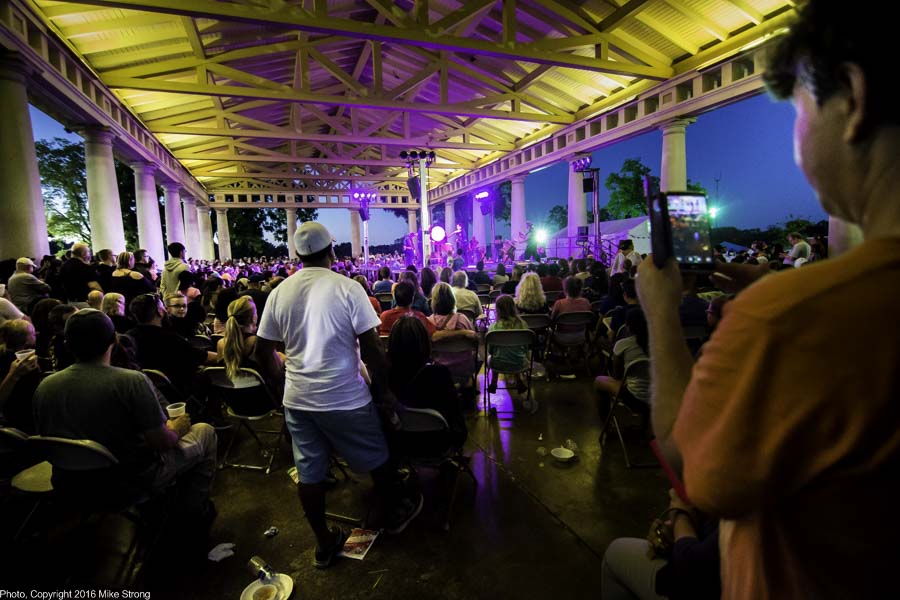 Watching and recording the Japanese drummers 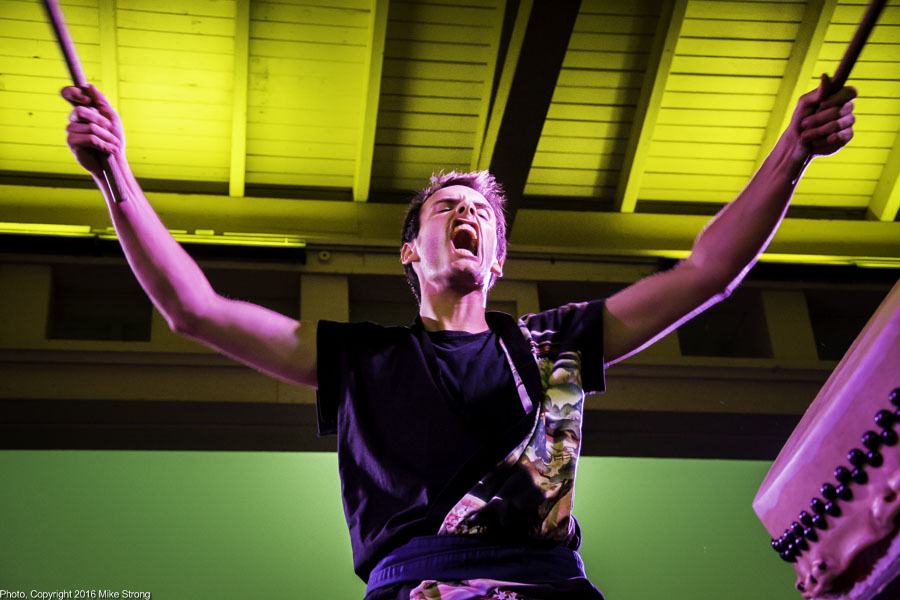 Japan, drummer in the Japanese group 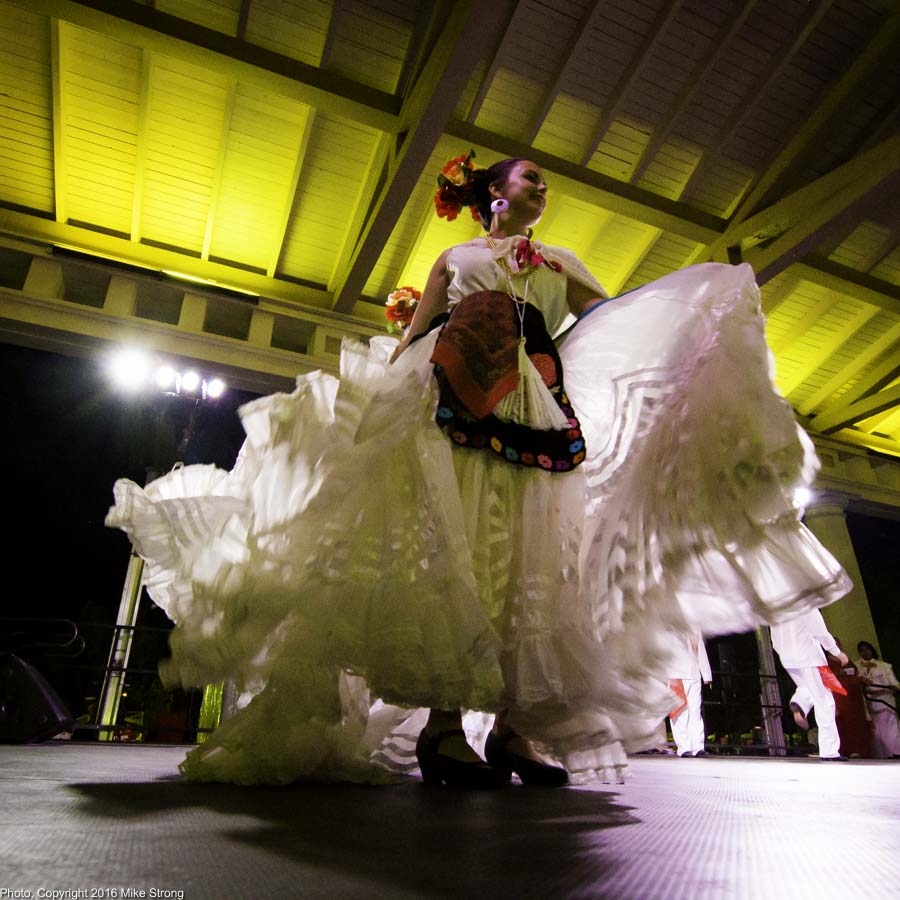 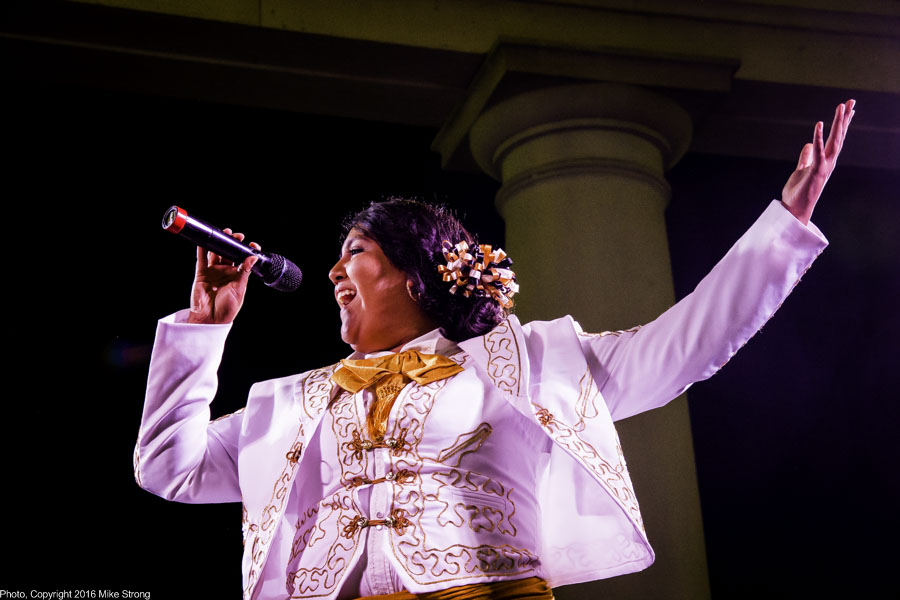 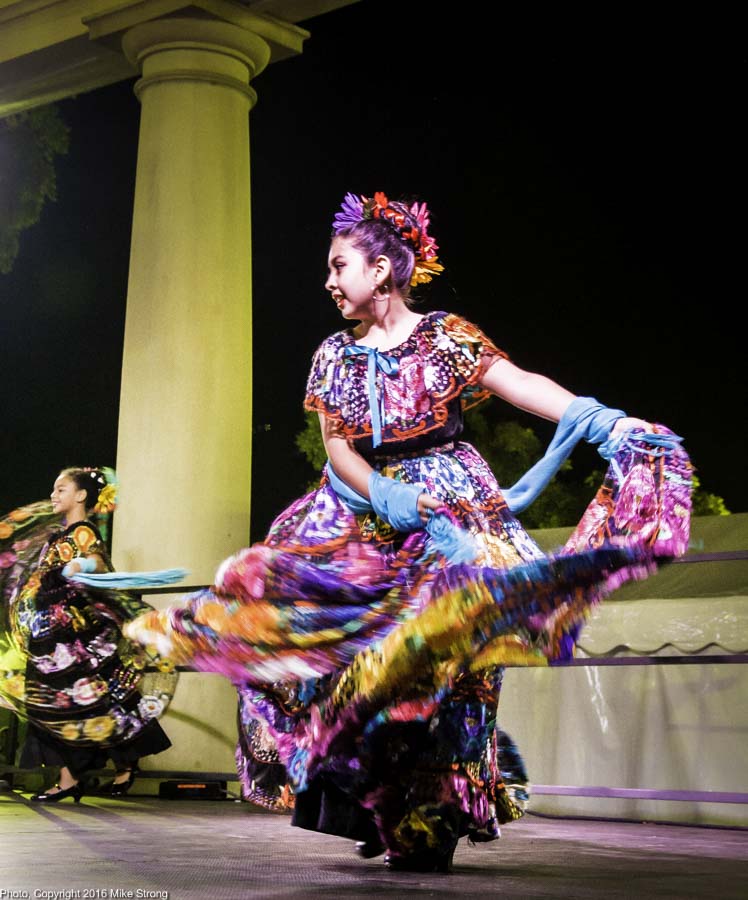 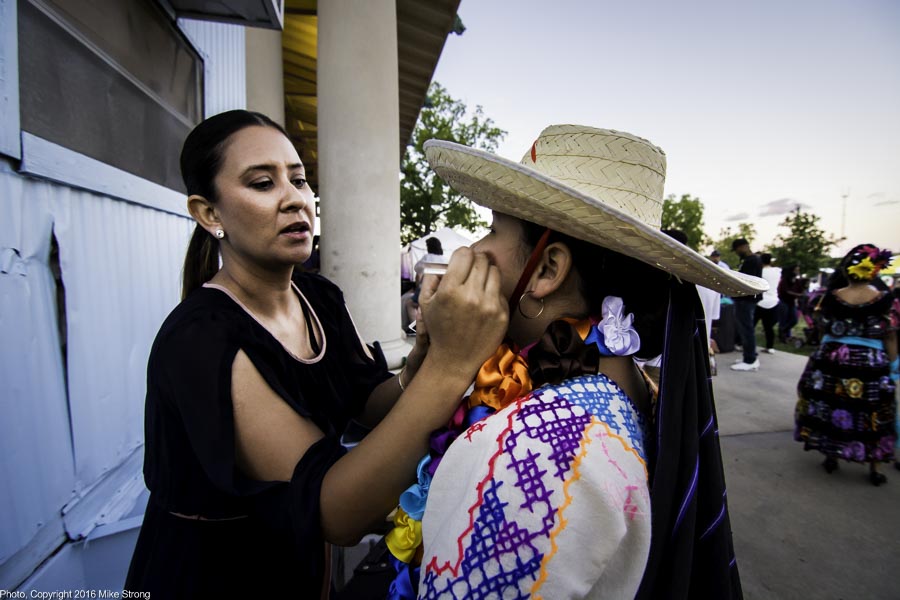 Mexico. A little makeup before going on 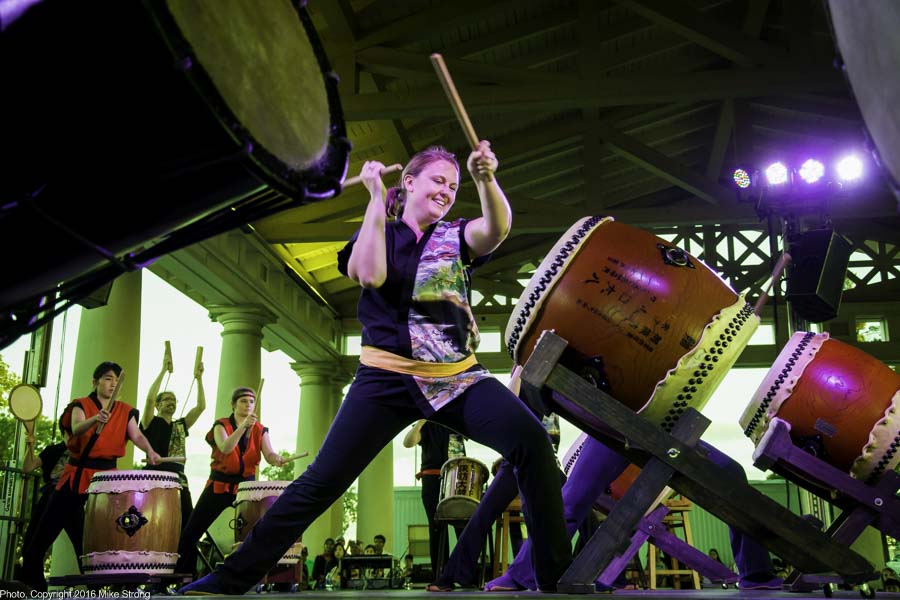 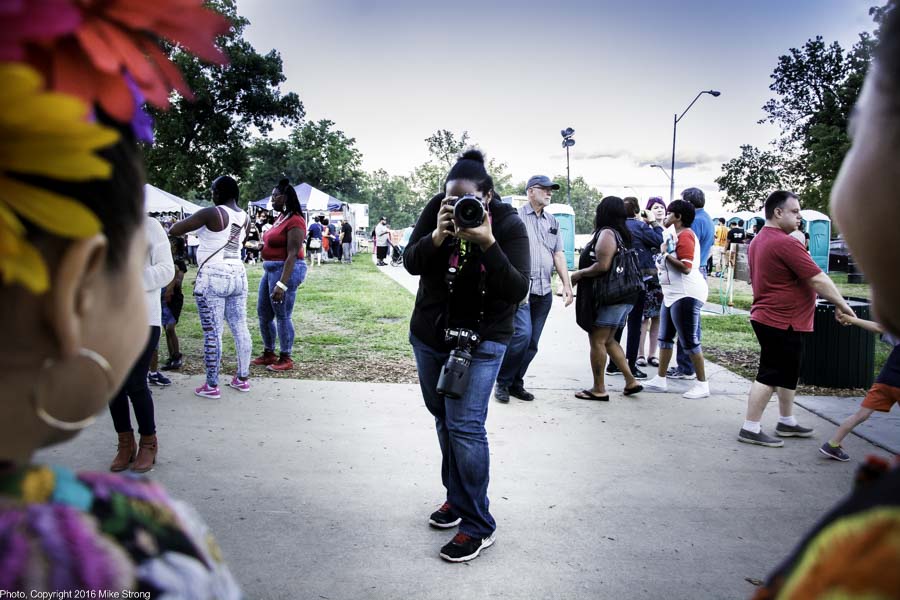 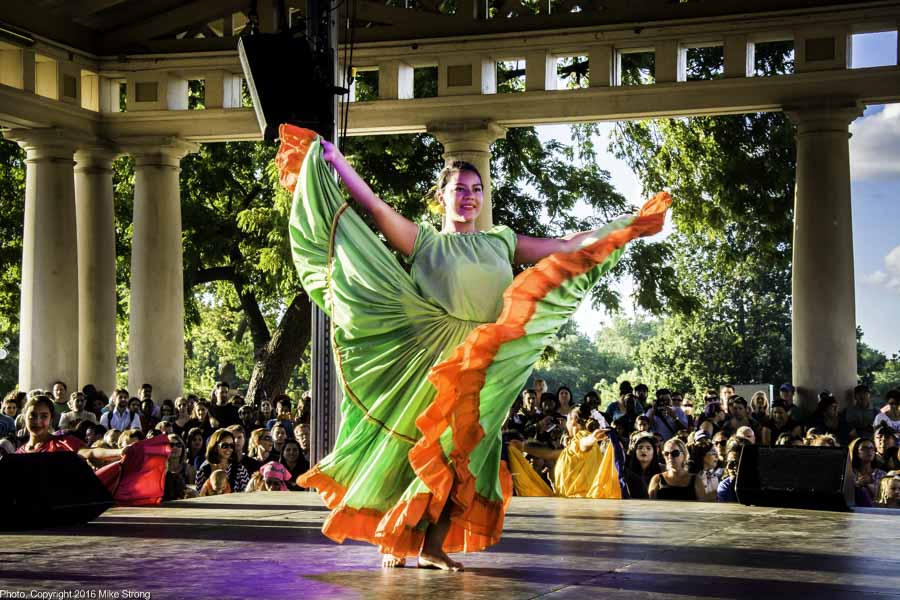 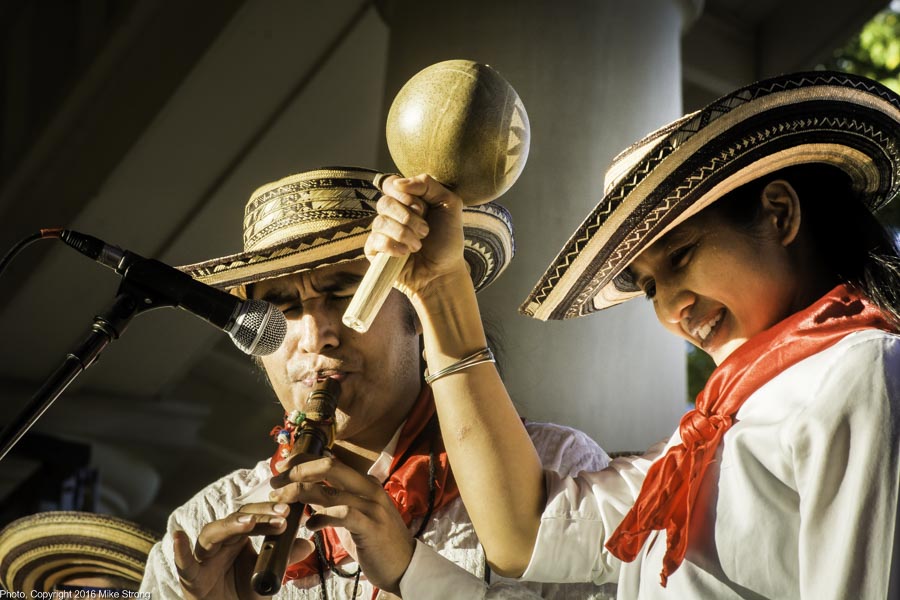 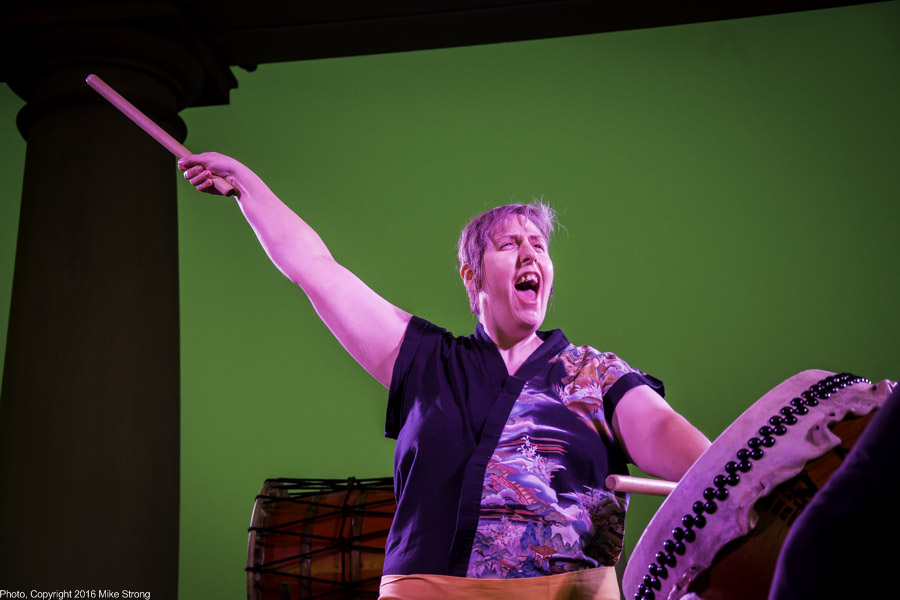 Japan. What looks like a green screen is really the white sky behind after a color correction for the drummer..
This originally had such heavy magenta light on stage it was almost un-viewable as recorded by the camera (eyes can see it better). Correcting the black
of her shirt brought most interest-area colors (i.e. face) into usable ranges but the white background went to green (the opposite of magenta in rgb additive colors)
Below is a set of panels making use of the un-intentional green screen, just for a little fun. The original image, as shot, nearly unviewable is at the bottom right.
This is caused largely by a mismatch between the light source's color output (LED stage lights) and the camera's color filters over its sensor's pixels.
In person, by eye, this is much clearer with flesh tones corrected in our brain leaving the magenta wash as a cast across the scene, but still easy to see, by eye. 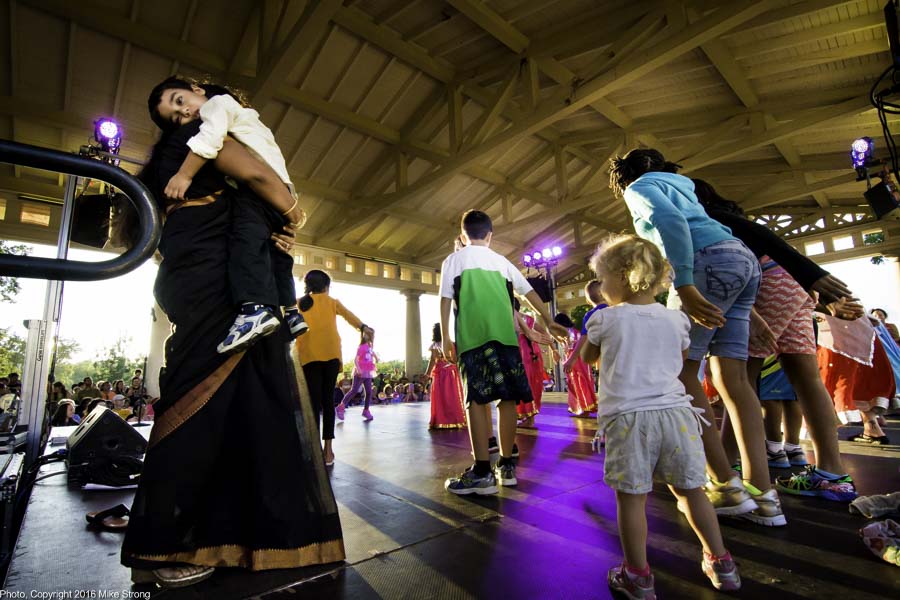 India - with the kids 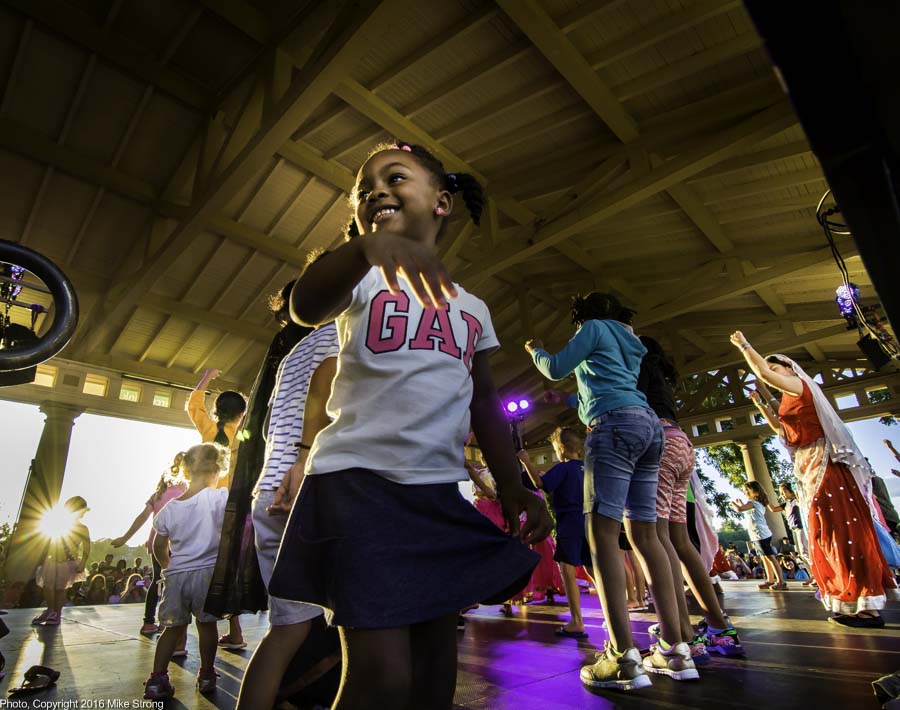 India, bringing the children in the audience on stage 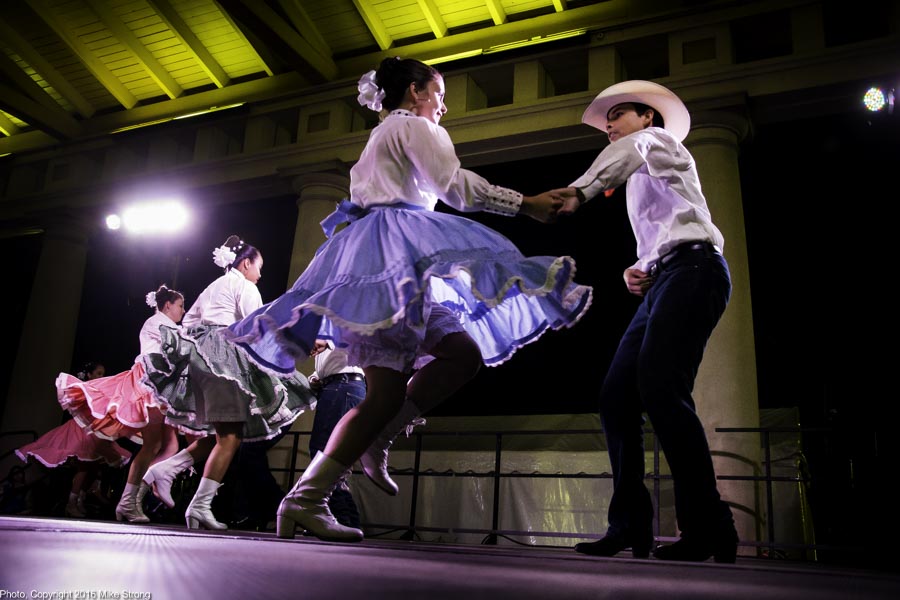 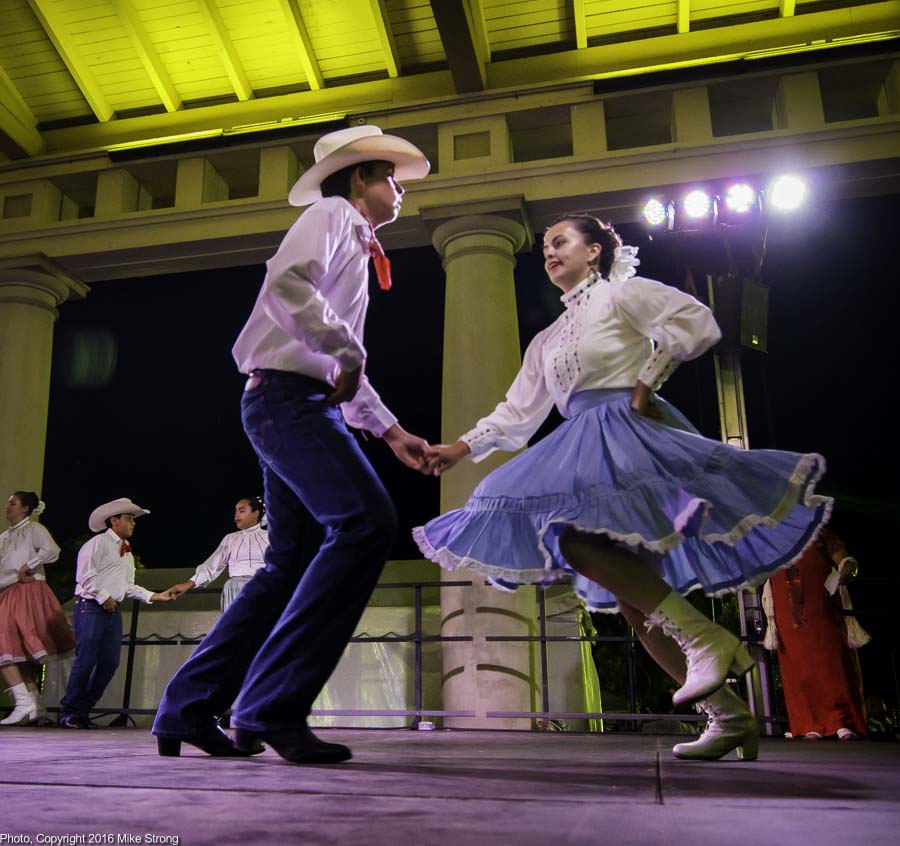 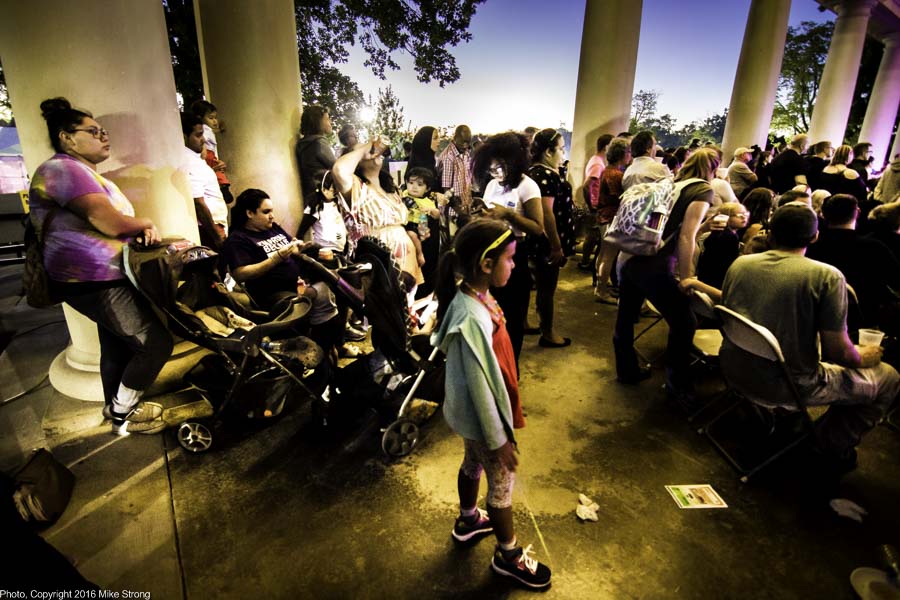 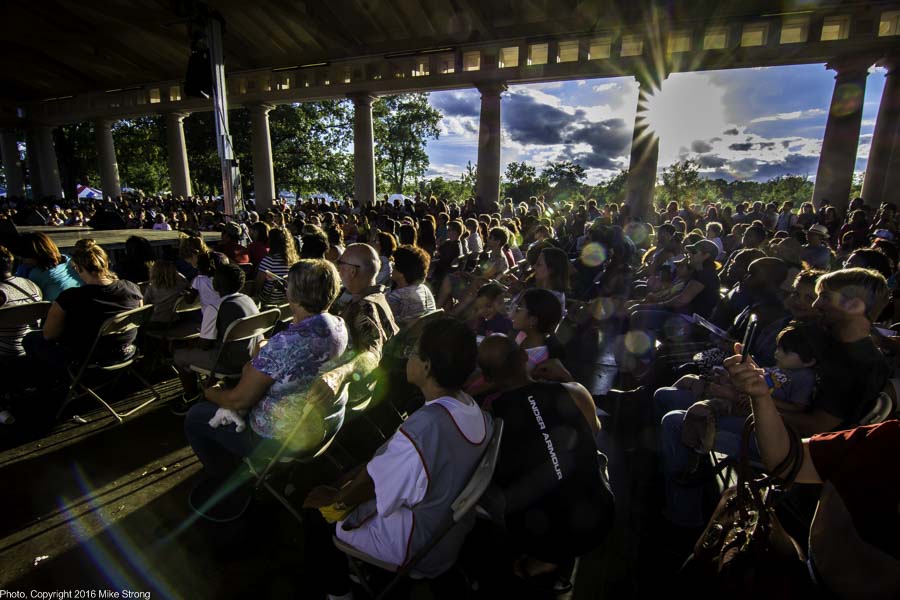 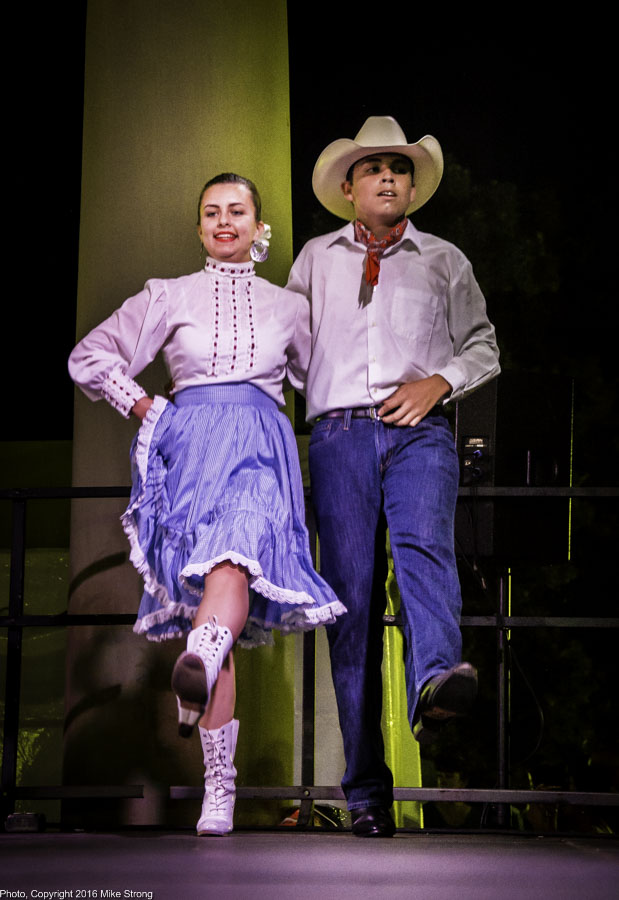 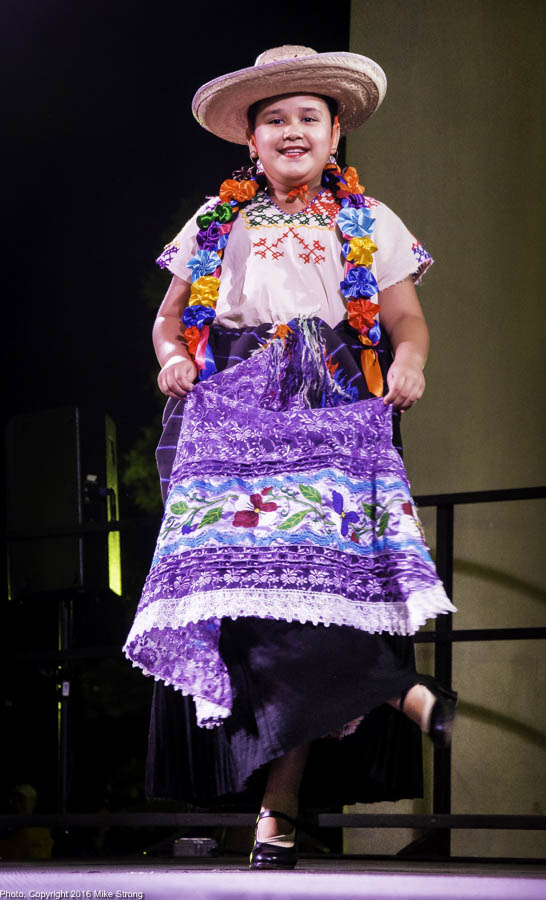 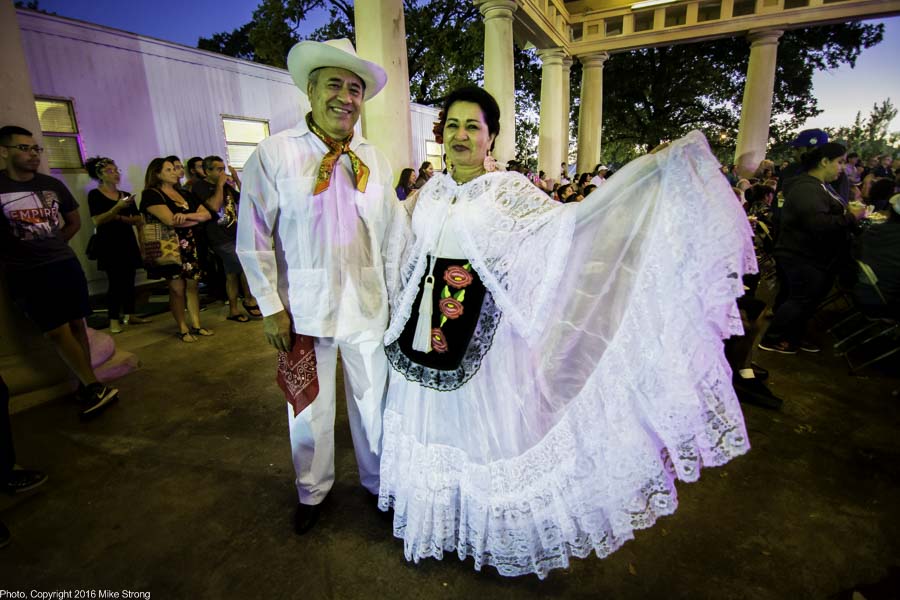 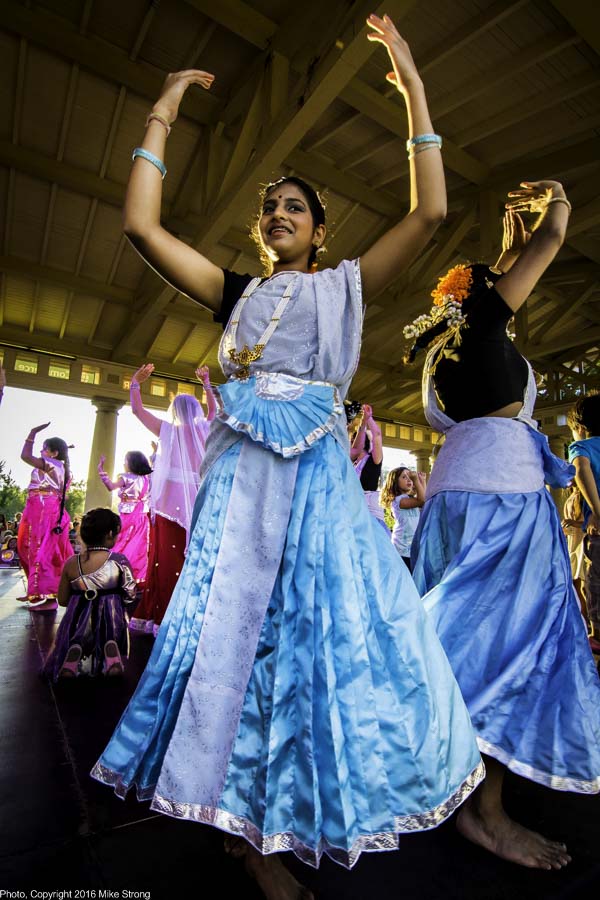 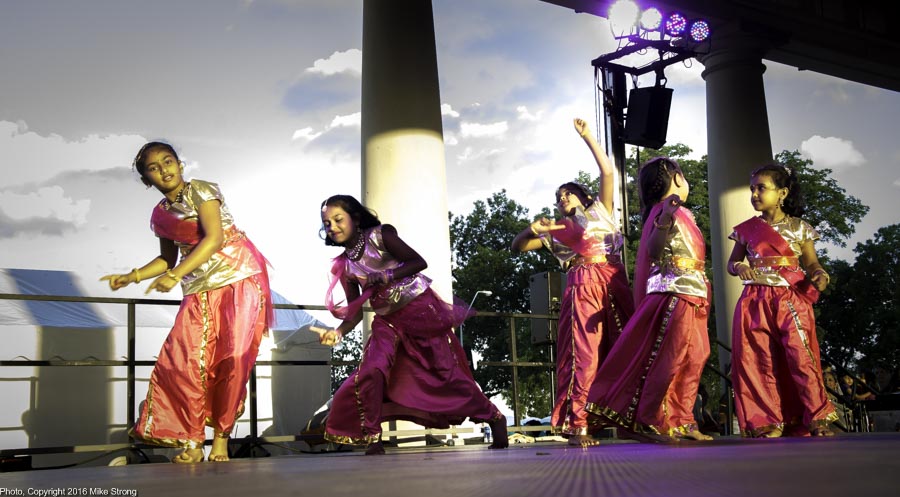 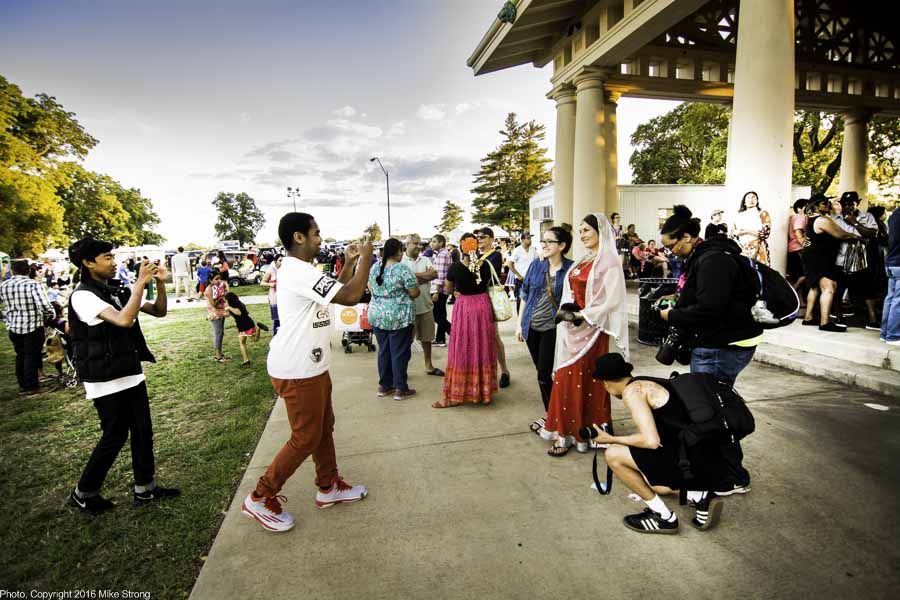 Photos: At right are Frankie (crouching) and Essence, EEFKC shooters 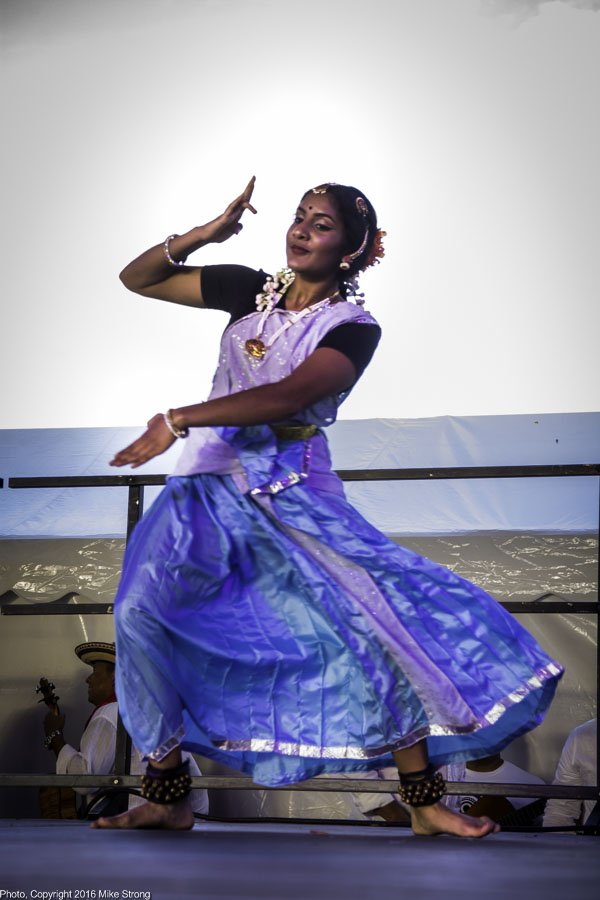