Raghsidad at the KC Fringe Fest and at Theatre Lawrence 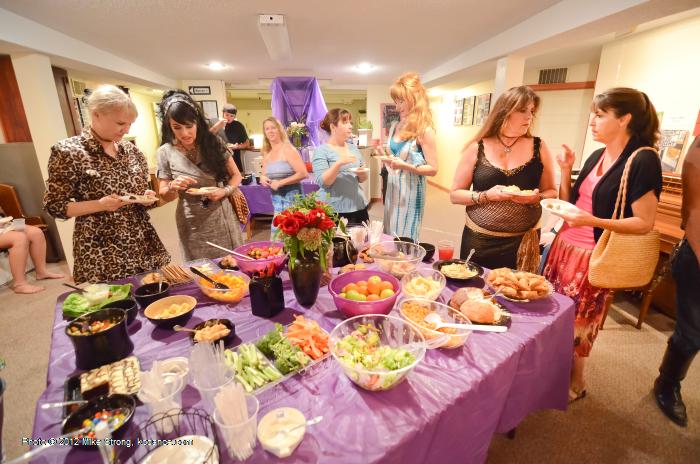 Here we are in the basement of Theatre Lawrence after the Sunday show. If you think these things are only about the
performance, think instead of the social connections and getting together as a group. That is really what the
on stage performance is about, especially for community groups. 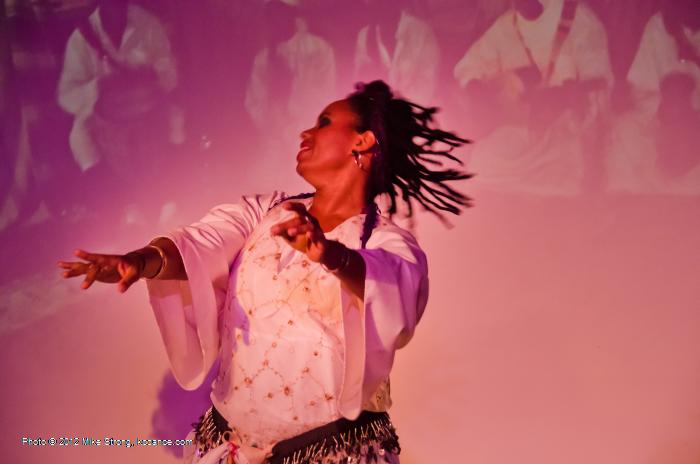 Raghsidad is one of the original small-troupe hometown (Lawrence) groups which for years has consistently turned out
themed shows with a variety of Middle Eastern fusion performances. Give their shows a look. worth it.
View a short (3-min) video here: http://youtu.be/WwijMBSA0W8 Or see it in the embedded player below.

Every year Zada el Gaziyeh (Jo Anne Zingo-Hargis) turns out a Middle Eastern show under the general title "Cairo on the Kaw"
(the Kaw River which flows through Lawrence, Kansas, the home of the group) with a theme having a multiple meaning

This year's show: "Raks the Cradle" plays on "raks" as the Arabic word for song and "cradle" as both cradle of civilization (middle east)
and evoking phonetically the English idiom, "the hand which rocks the cradle." This time the show featured more traditional folkloric
and street styles with a projected background of photographs from Egypt taken by members of the group on a recent trip.

I have to say this show was one of the more satisfying shows from Jo Anne and troupe. I only regret that I got to see the show only
once in Lawrence (two times in Kansas City for the Fringe). Usually I shoot both Lawrence shows but this year I needed to
also shoot Belly Dance United on Saturday night in KC. It is a bit sad because this is the last year for the show in the
old Lawrence Community Theater building (Theatre Lawrence) at 1501 New Hampshire. It is an old church building made over
into a theater. Very do-it-yourself homebrew flavor for which I have a good deal of affection. A newly built, shiny, arts center in Lawrence
is taking over and it is not clear whether Raghsidad will be performing there. 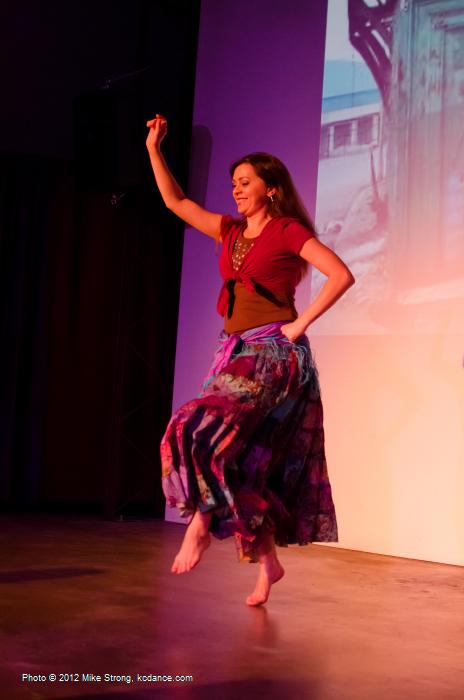 Romani Kashlimar - with Anca Geana - in Raghsidad's Cairo on the Kaw XVIII show: "Raks the Cradle" 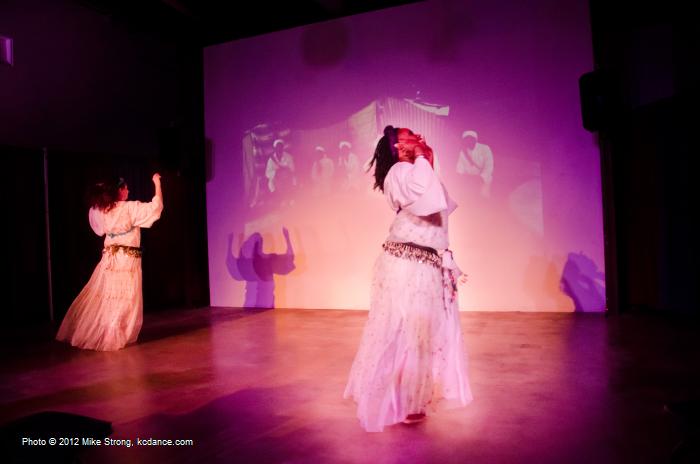 Shikhat - Jana Lynn and Yeshe Neferet Wrisner in Raghsidad Cairo on the Kaw XVIII show: Raks the Cradle - in KC 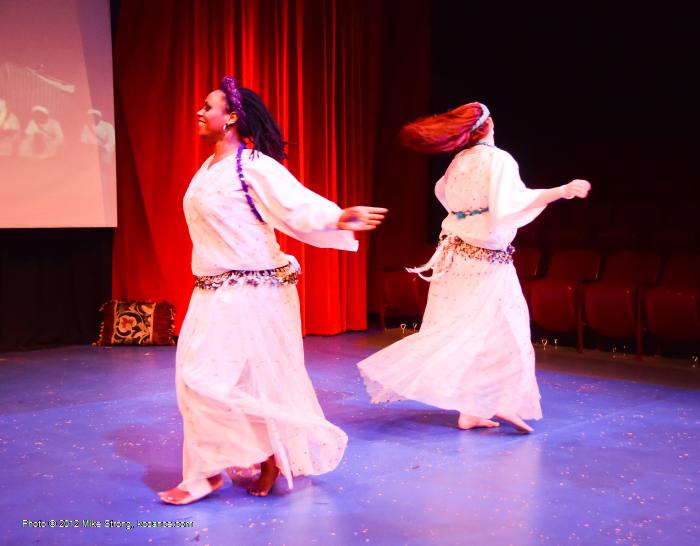 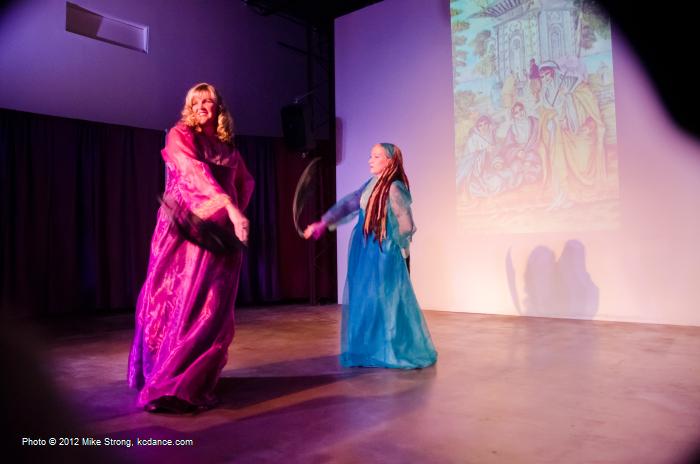 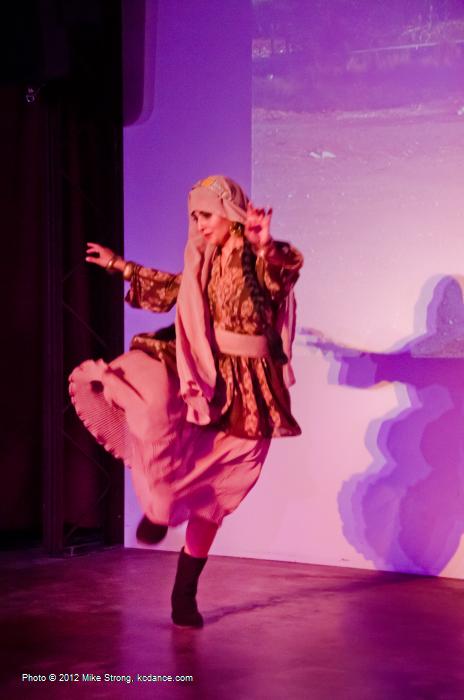 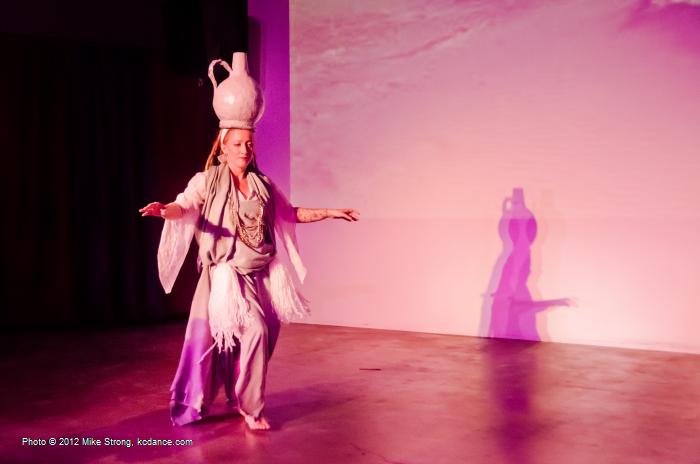 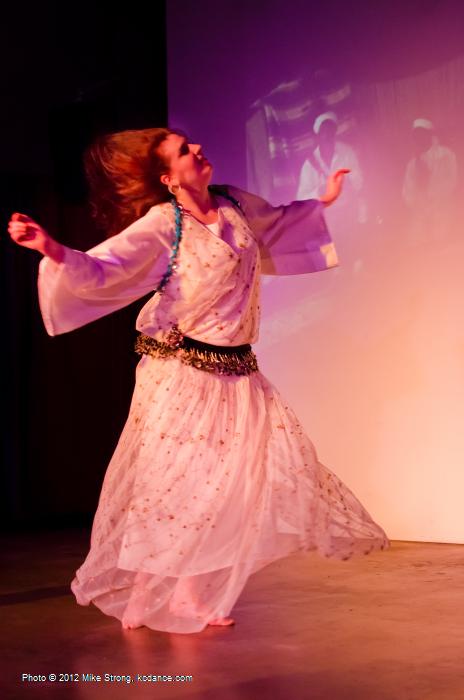 Jana in Raghsidad's - Cairo on the Kaw 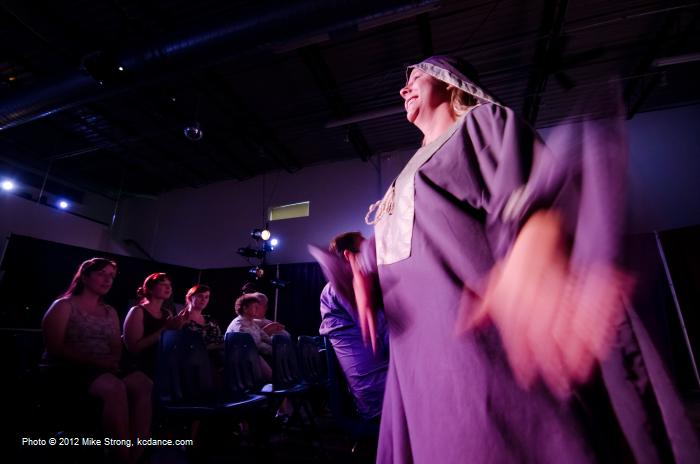 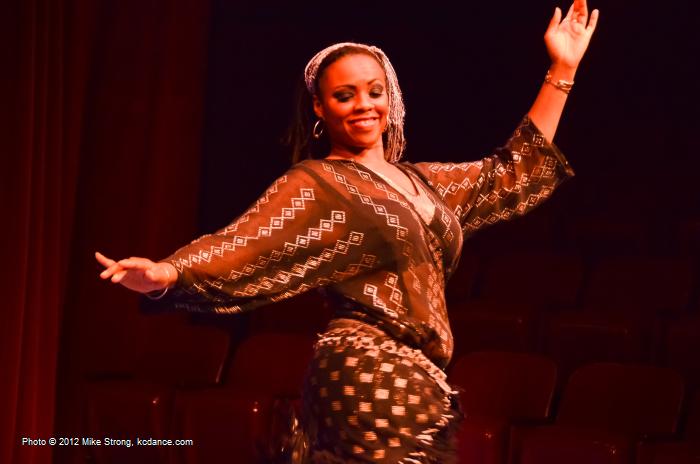 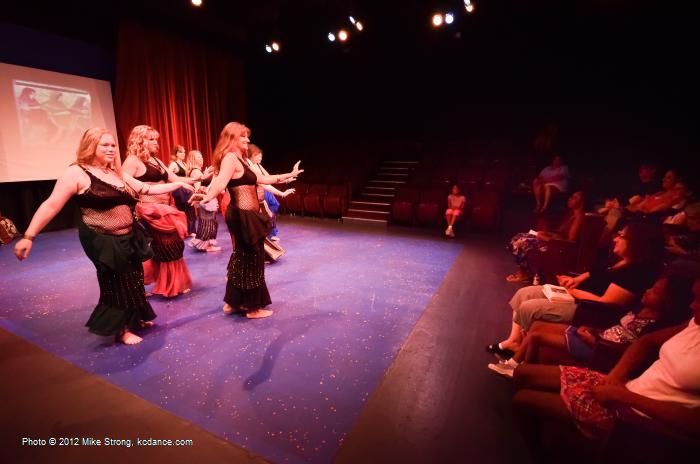 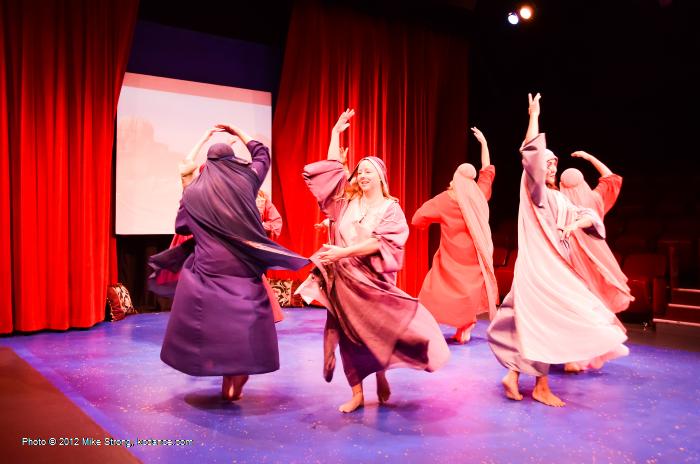 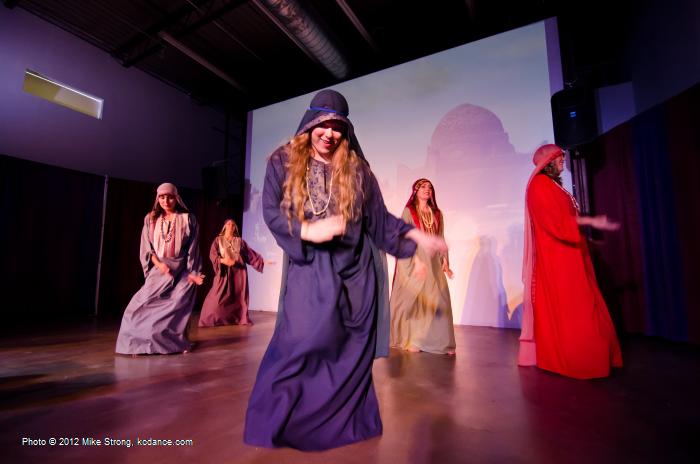