I am the first person to admit that fashion shows are not my prime interest.
But when a fabulous ballerina and owner of a dance school and co-director of a ballet company who is also a super seamstress
and fashion designer is showing her designs, in partnership with a jewelry designer, how could I resist?

I've worked with Jennifer Tierney and her husband Kristopher Estes-Brown for years,
always in dance. (See links at bottom of page)
I knew Jennifer designed and made costumes in the ballets I shot pictures and video for.
I've shot pictures of her on stage making last minute sewing adjustments to costumes.
I was only slightly aware of her design company J.tierina which she started in 2016.
https://www.jtierina.com

I had not met Amani, whose jewelry is so prominent. Working the shoot was our meeting.
Amani's jewelry seemed to me both eye popping on their own even as they integrated seemlessly as a piece into each outfit.
And these are very visible pieces.
www.skaladesigns.com

I wasn't sure what to expect. The 18th Street Fashion Show began late, past its 8 pm scheduled start time.
There were two designers ahead of Amani and Jennifer's set. I was expecting to shoot after their walk but wound up with pictures of the crowd
and of the walk. As a long-time photojournalist my pictures of the models' walk was also about the crowd attending.

Once they finished their walk I joined them a block south, along 19th street and its alleys for a separate photo shoot.
That is when we took most of the shots below. The ones not on or around the walkway. 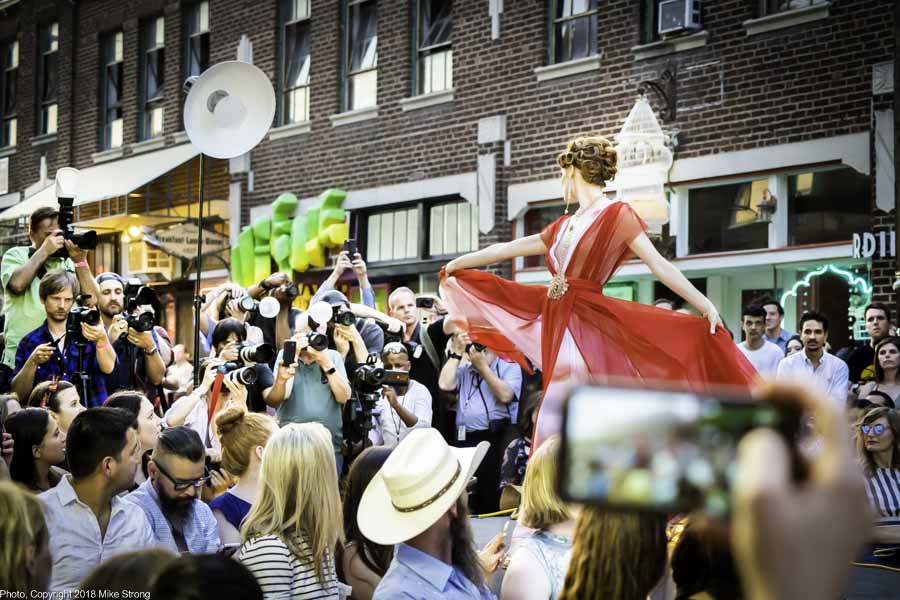 Turning at the end of the walk, Laura Jones Wallner, who is also a ballerina and company manager and rehearsal director for American Youth Ballet 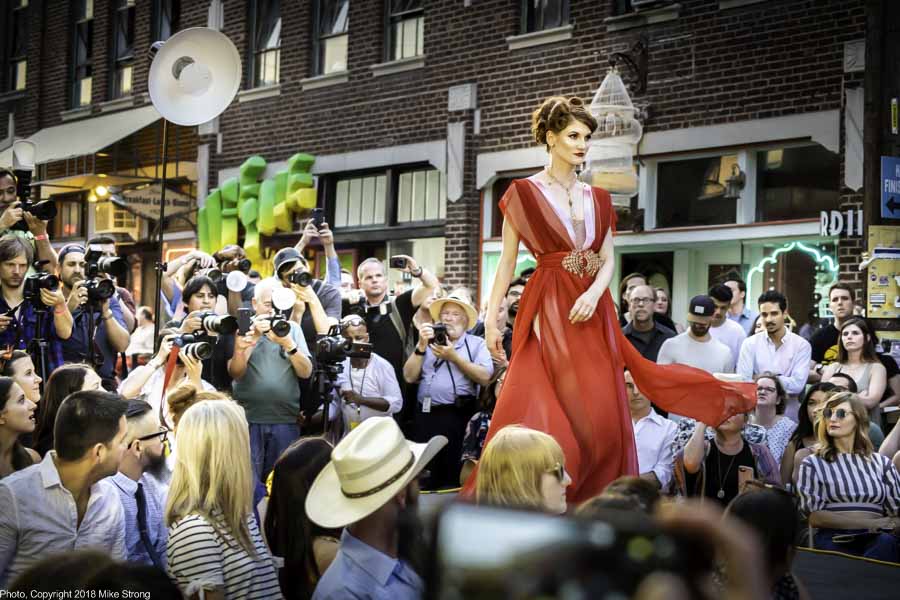 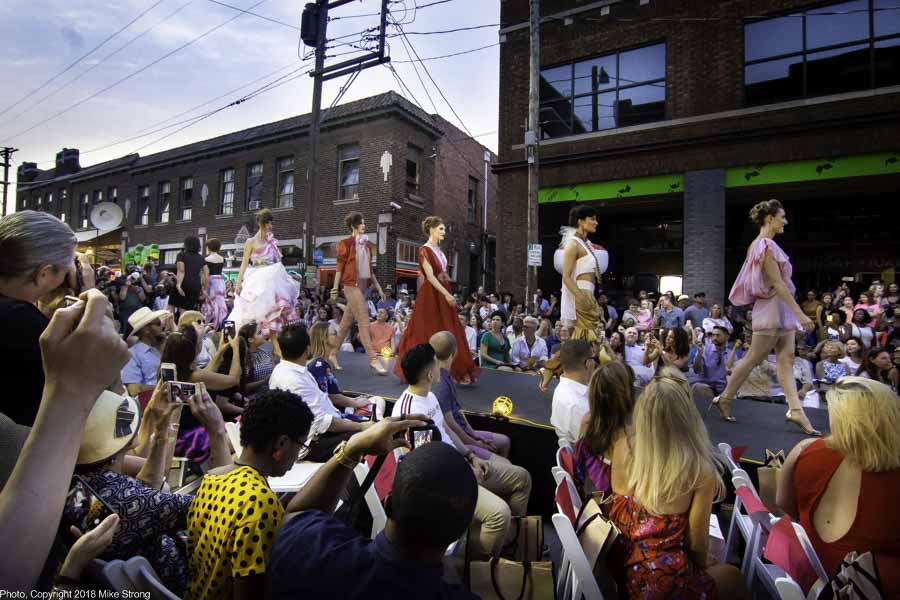 All five models and outfits together, Amani and Jennifer are left, at the end standing for the bank of photographers before also turning around.
models returning: Left to right: Laura Finn, Taylor Arel, Laura Jones Wallner, Emily McGlothlin and Amy Ann Kariotis (in lead) 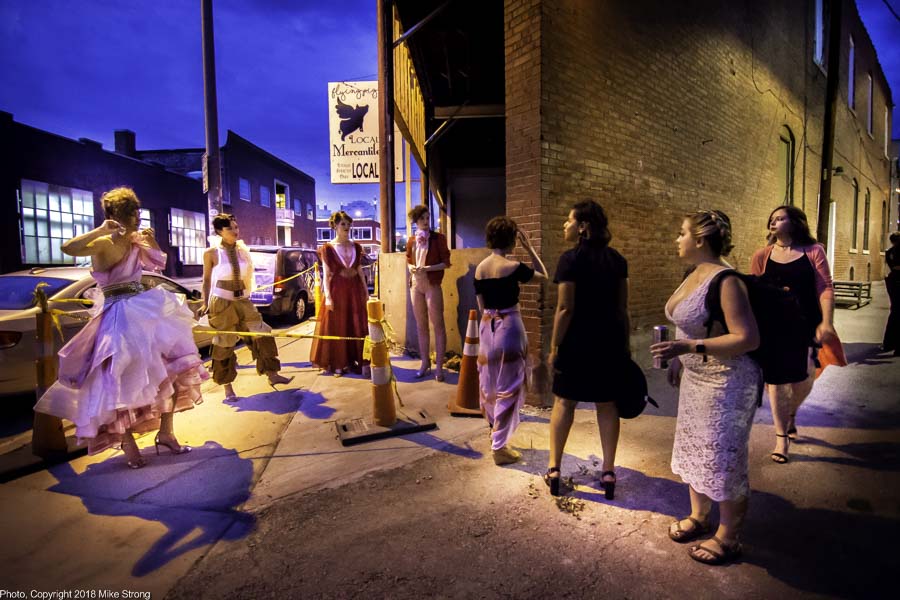 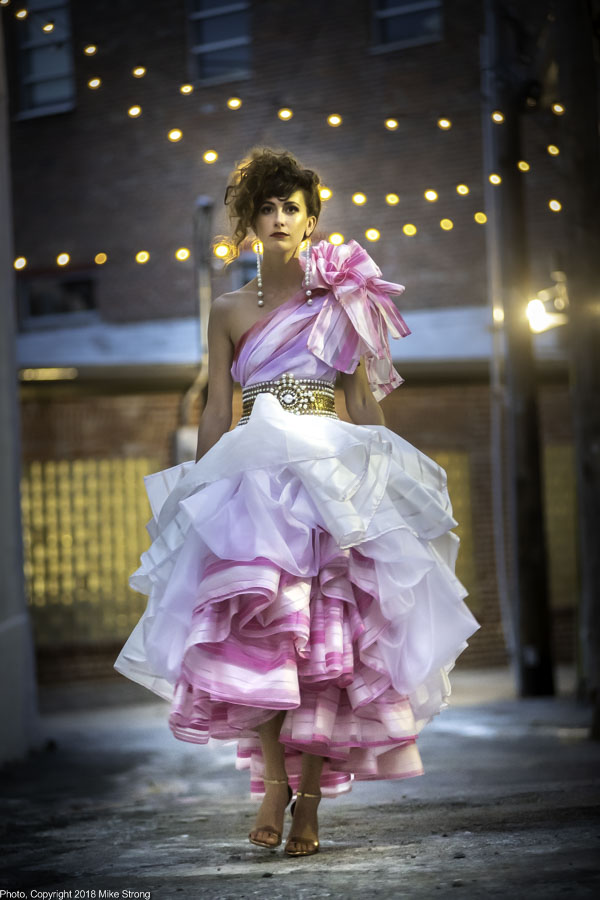 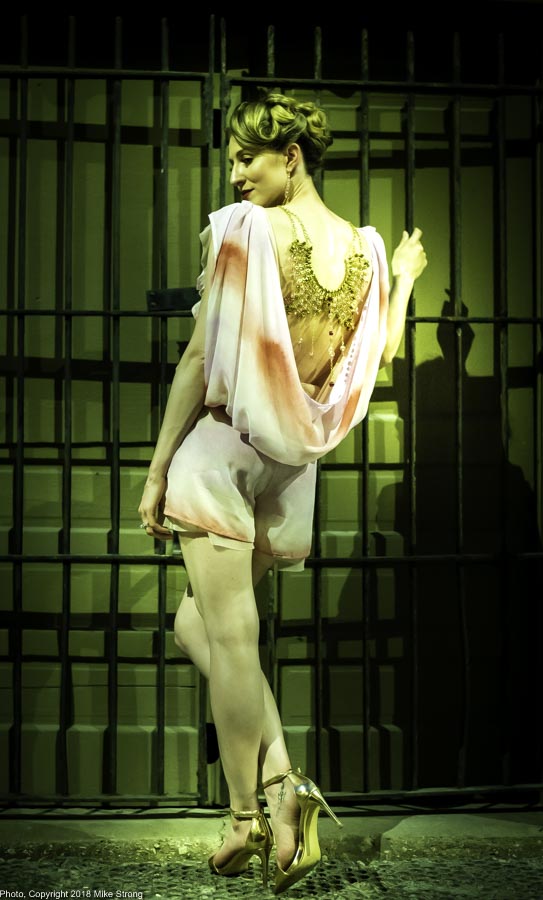 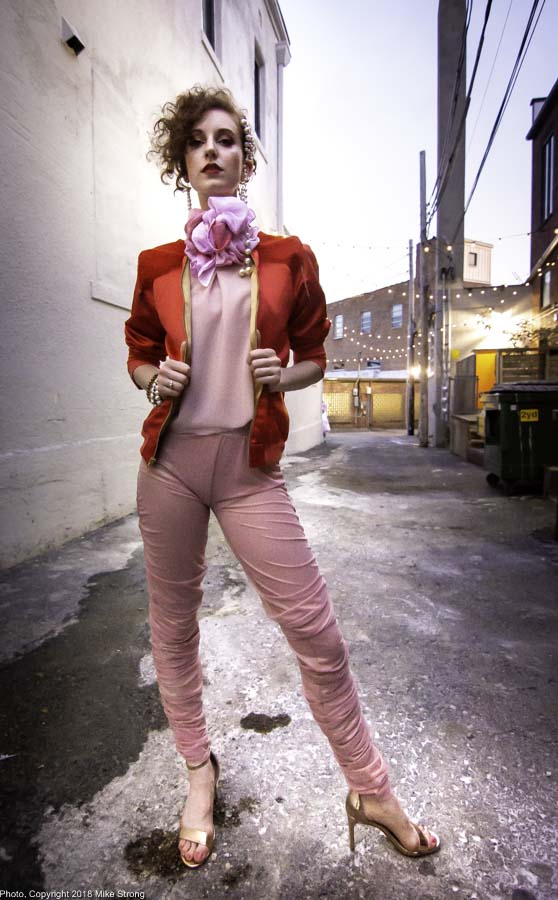 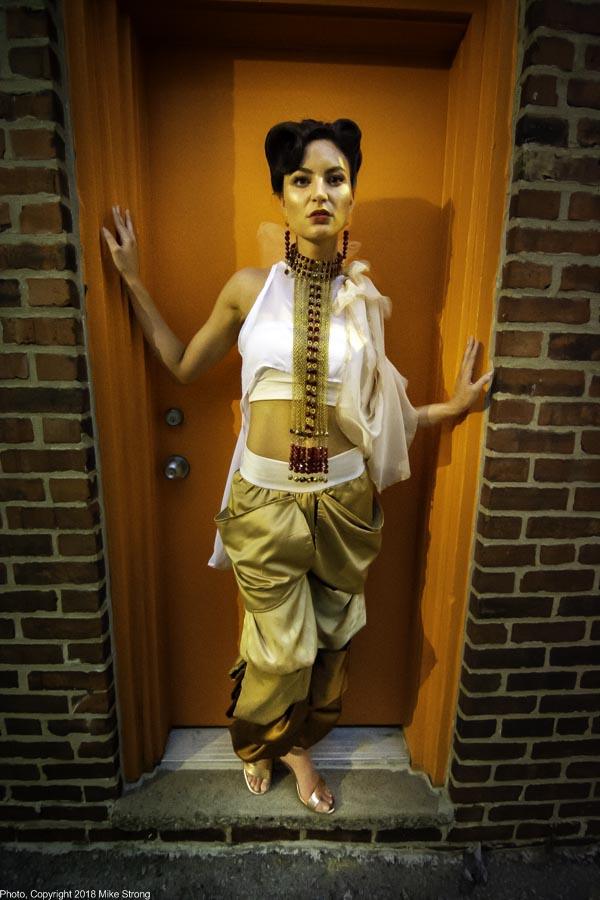 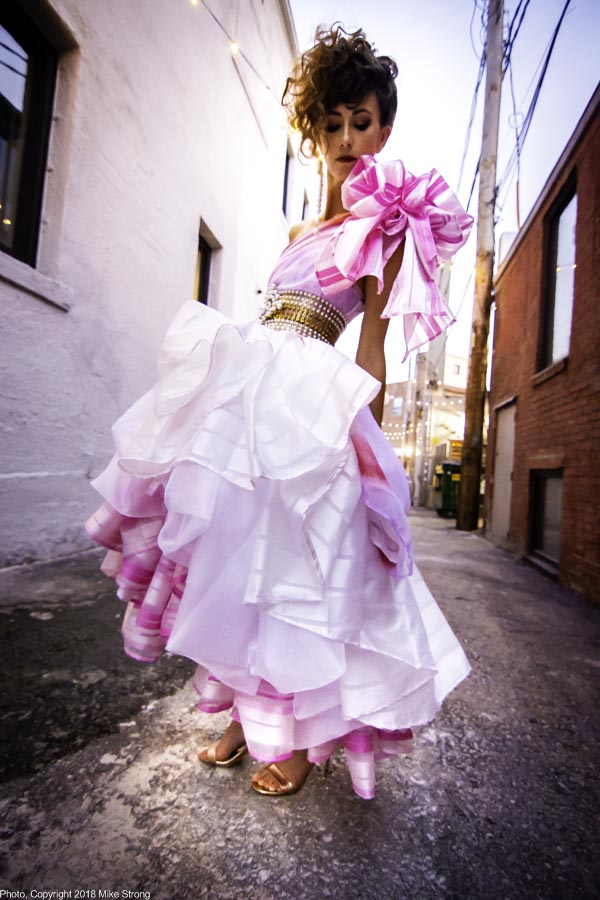 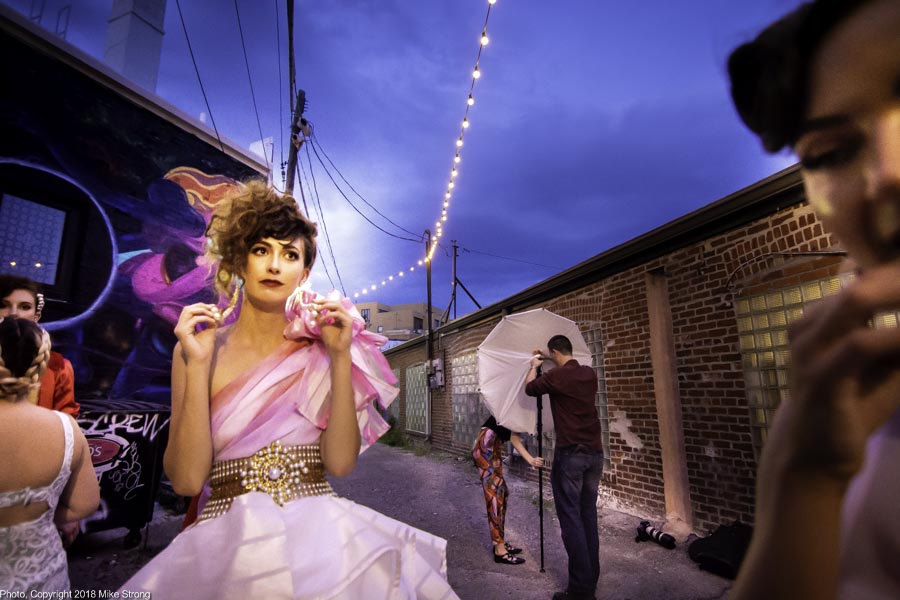 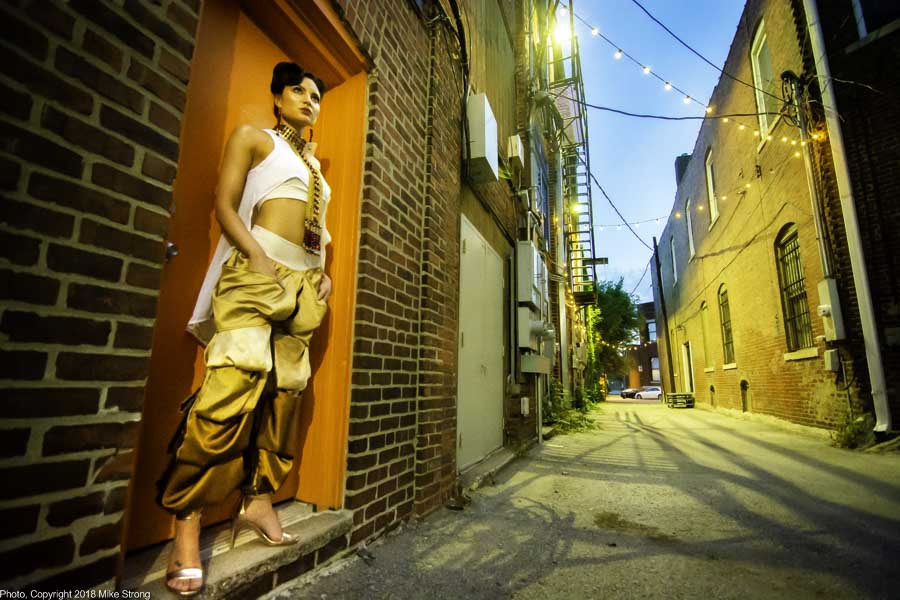 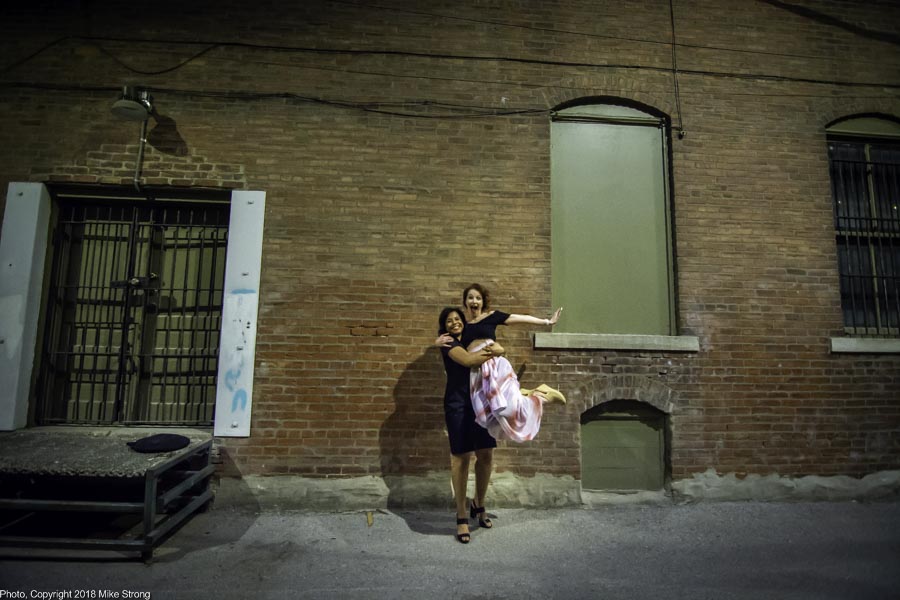 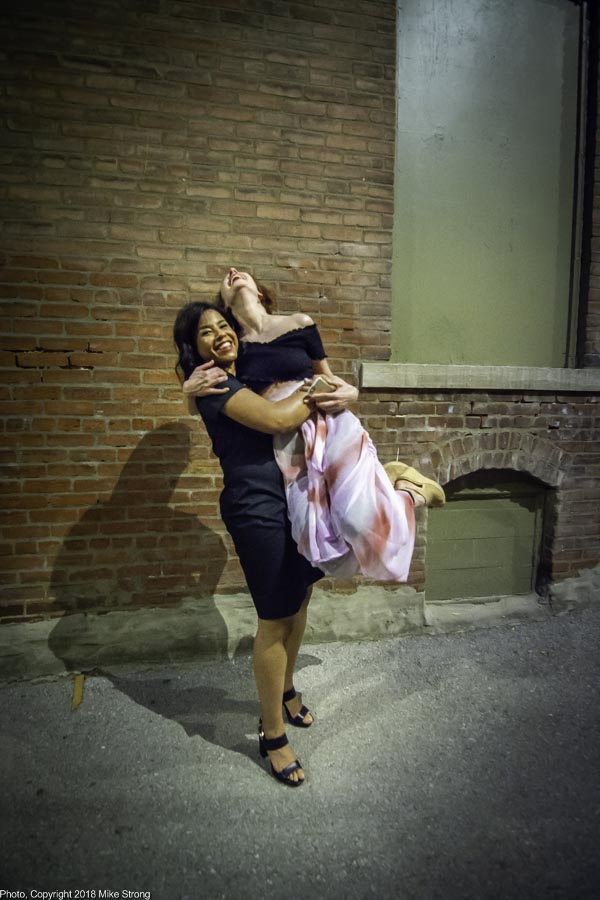 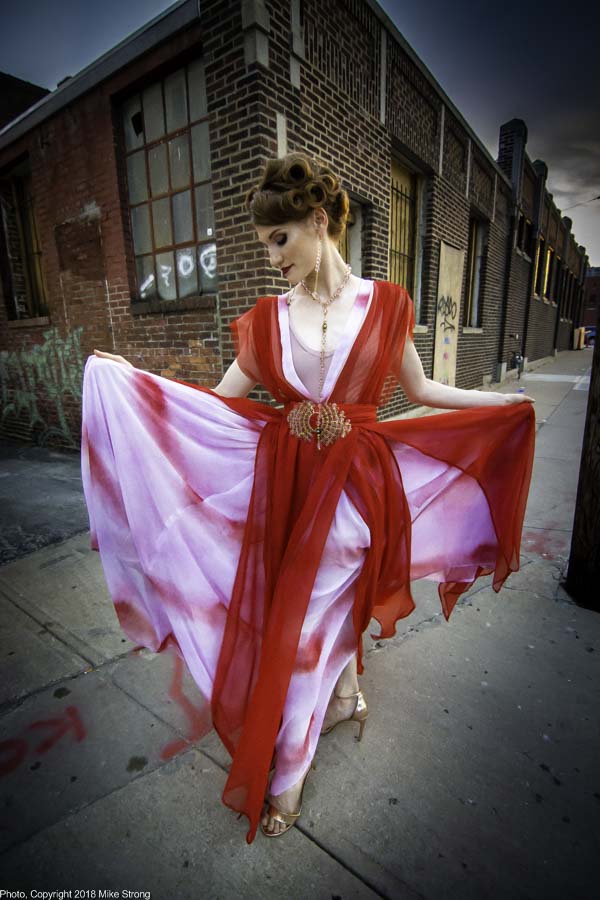 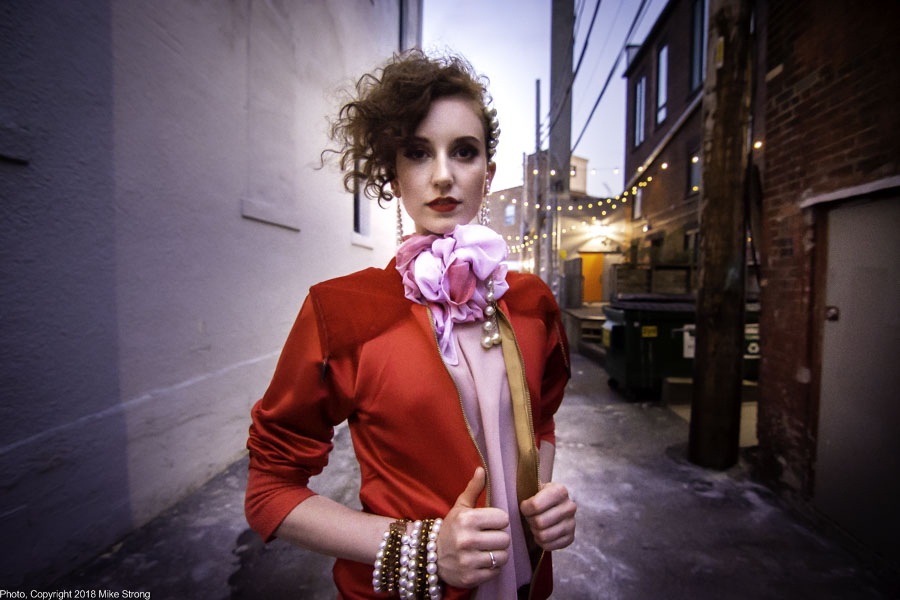 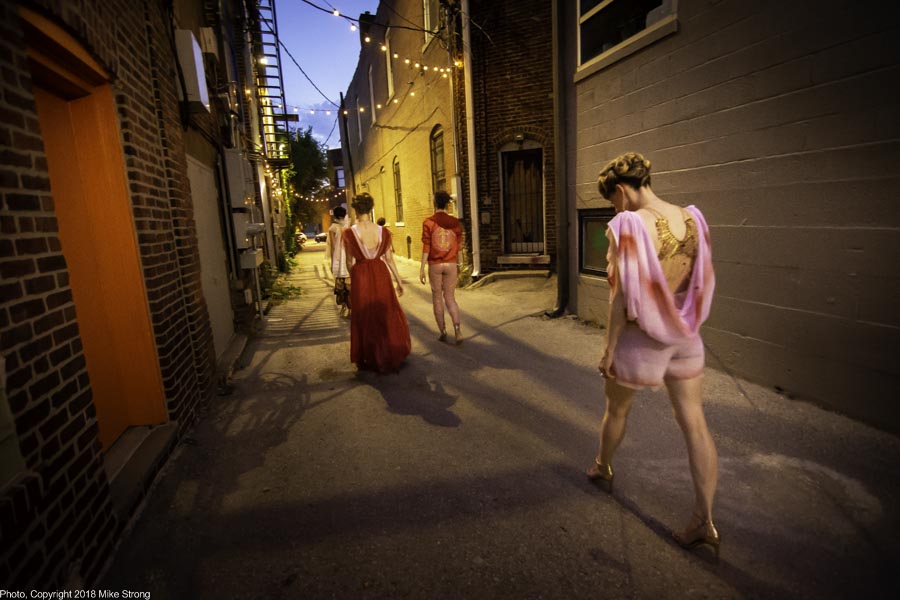 Heading down the alley to another location 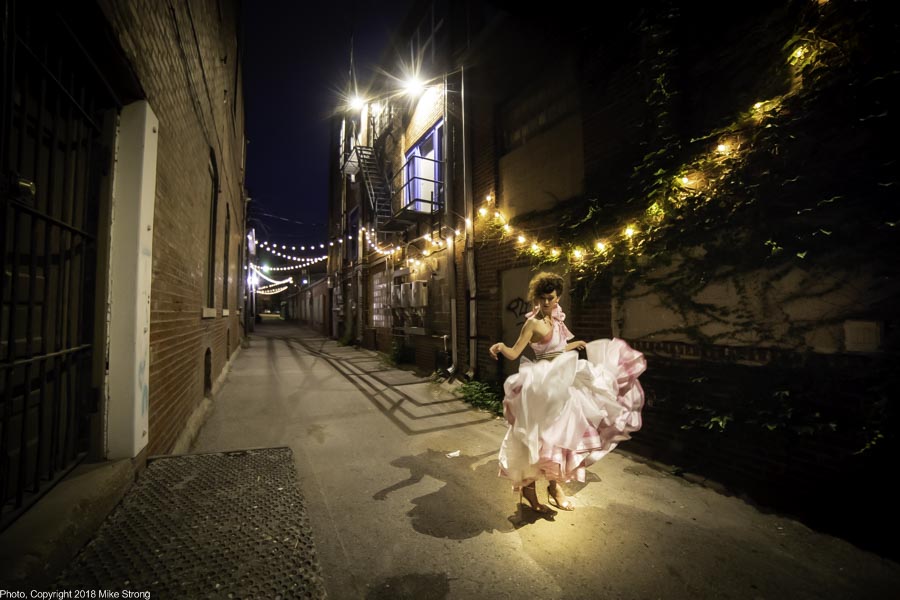 Here is a panorama of 18th street between Baltimore to the left and Wyandotte to the right, from the north, looking at the south side of the street.
The runway is laid out between the seating areas on both sides of the street. Camera bank of photogs at the right (hard to see here) 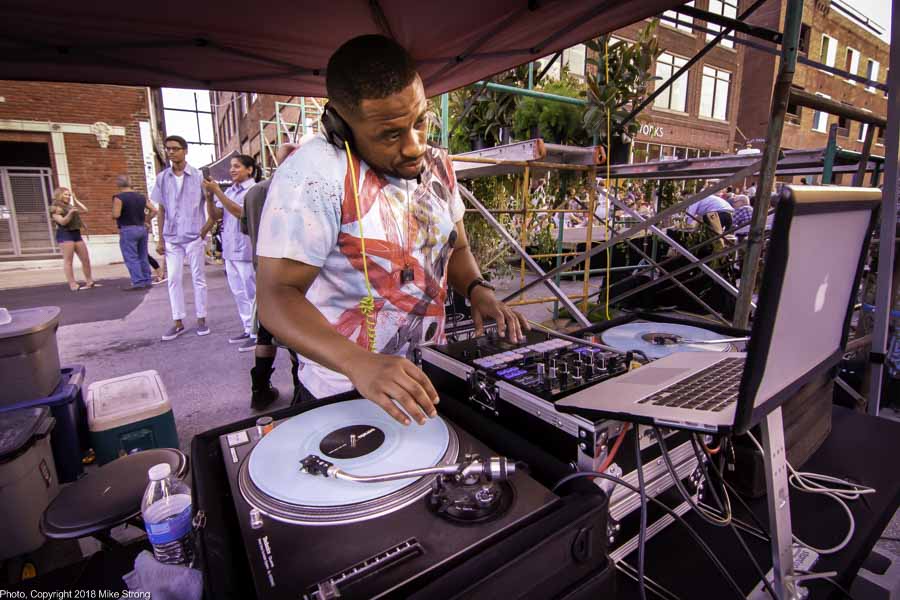 This is Tim, the DJ who spun music pre-show.