The Nutcracker and the Mouse King 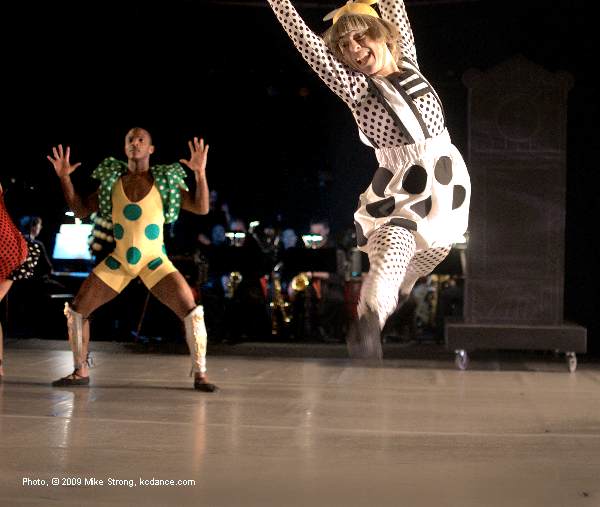 The Owen/Cox Dance Group brings together a "who's who" of Kansas City artists and musicians to breathe new life into an old classic. Fifteen musicians of the People's Liberation Big Band, horn sculptor Mark Southerland, artist Peregrine Honig, and students from the Paseo Academy of the Performing Arts join in presenting a familiar story that turns out to be not so familiar after all.

Returning to the original and notably darker E.T.A Hoffman story, The Nutcracker and the Mouse King (1816), this production will feature original music and radical rearrangements of Tchaikovsky melodies created by a host of innovative Kansas City jazz musicians, as well as the award-winning choreography of Jennifer Owen.

These are rehearsal pictures - tech on wednesday and dress on thursday - This may be to the Marius Petipa / Alexandre Dumas version of Nutcracker what The Wiz is to The Wizard of Oz.

Fanciful, colorful, lively funny and high steppin' it is a refreshing and fun version of the old children's story by Hoffman. Kids will love the color and the music while adults will enjoy a sly second layer of humor. Boris and Natasha go Nutcrackers.

The Owen/Cox version of The Nutcracker starts with a cow bell, goes to sheer raucus cacaphony sliding into Jazz riffs and disorganization and finally the tone of sassy exhuberance. The Nutcracker just got a body lift. Part The Wiz, Part Natasha and Boris, part Rocky Squirrel and part street carnival this is a fun cartoonish romp.

As the cacaphony begins to smooth, Gavin Stewart (as Father) and Laura Jones (as Mother) dance onto the stage. Soon they are joined in a jazzy dance of family, friends and primary characters for our drama. As the musical instruments move in and out of the music so too do the cast members, in a sort of rotating, raucus, New Orleans like, party with musical themes for some of the characters, for example, a Squeaky, scurrying sounding music for the mice. 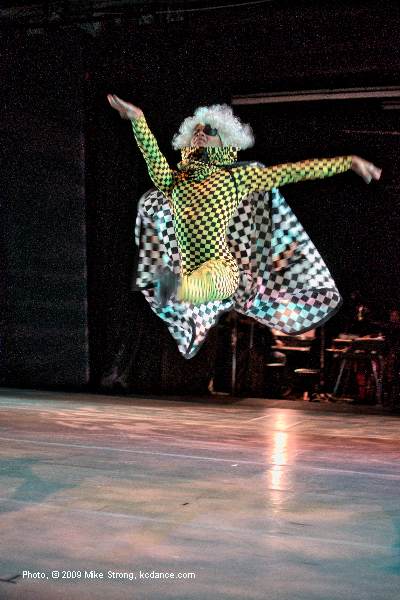 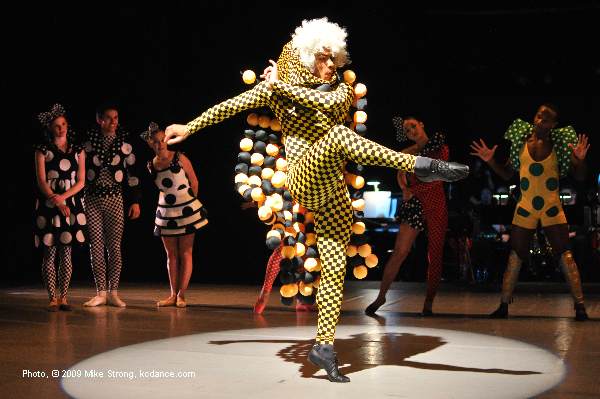 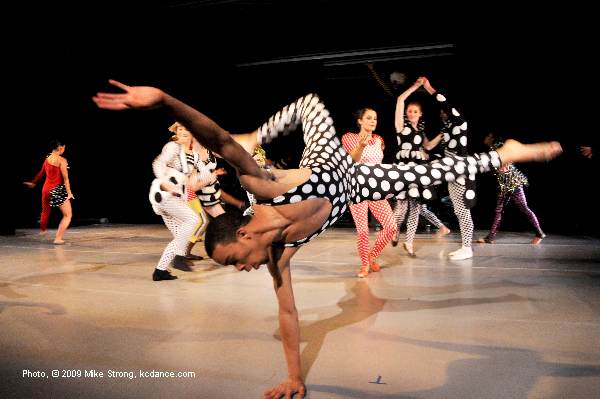 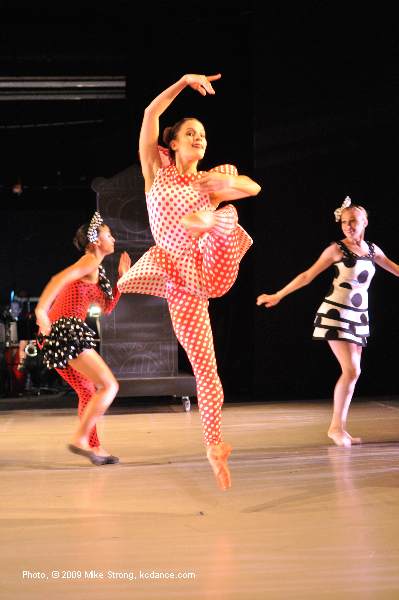 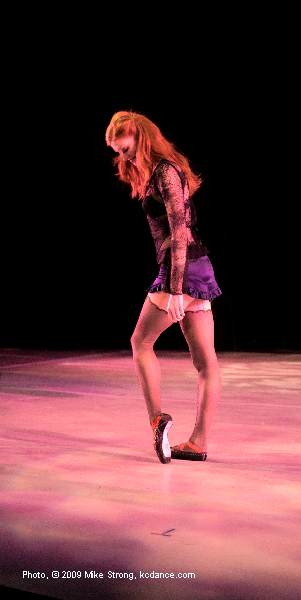 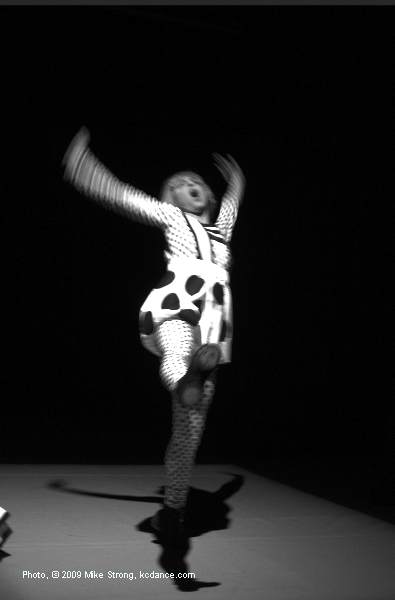 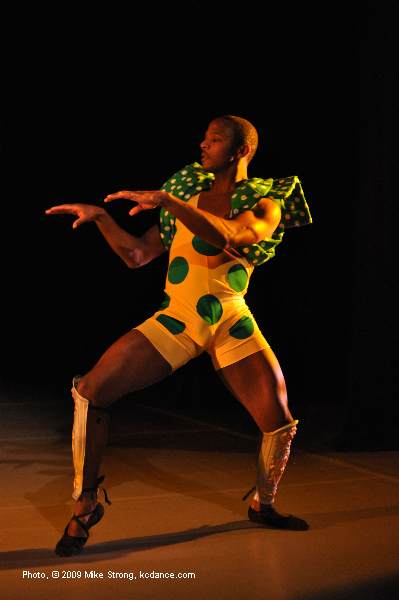 The pain of the sound from evil mouse king horns 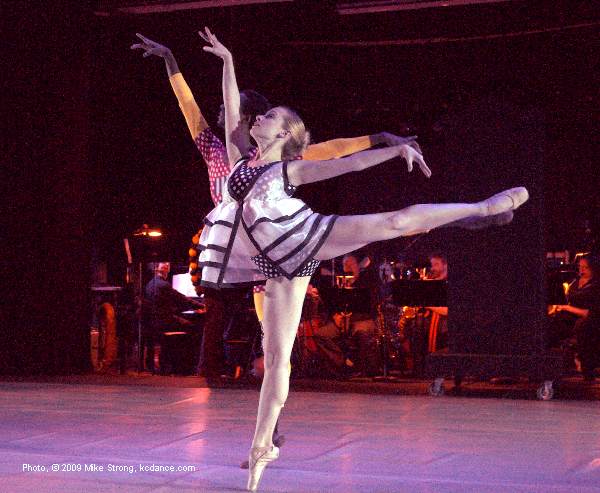 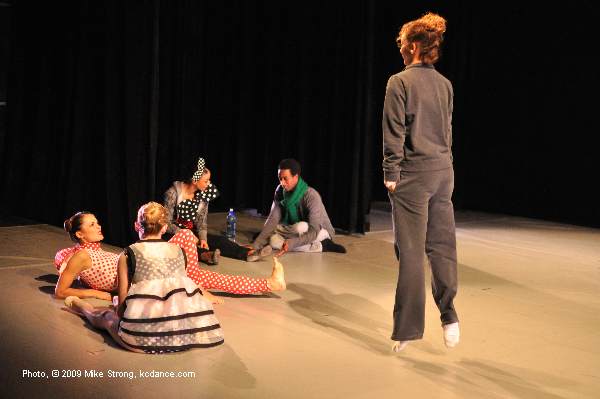 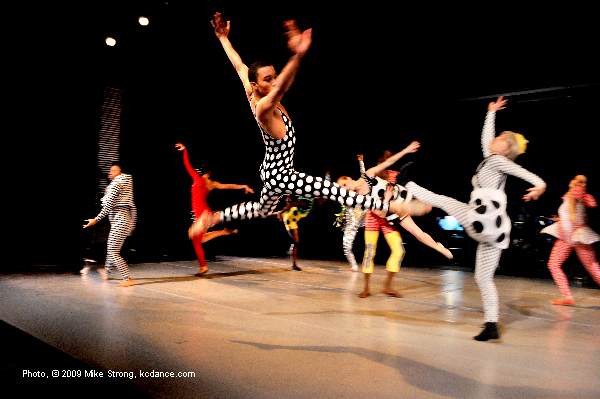 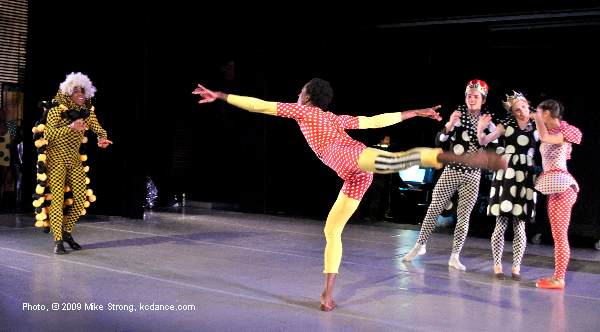 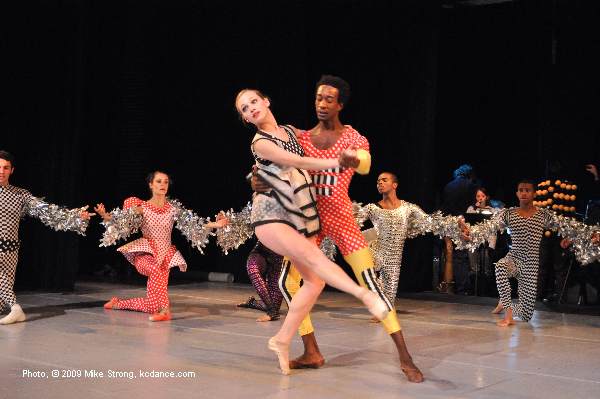 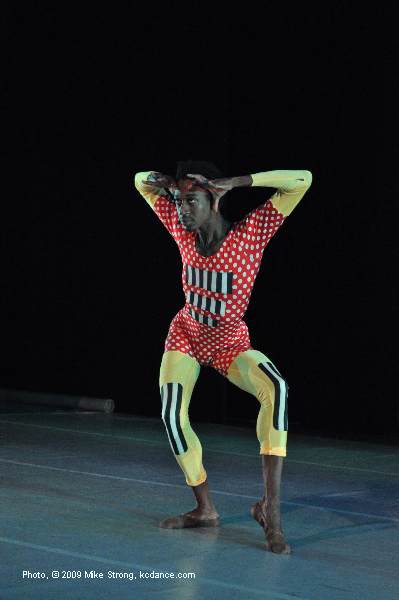 Randolph Ward, Nutcracker, here going through cartoonish pantomime for "big eyes" as a voice over describes his character. 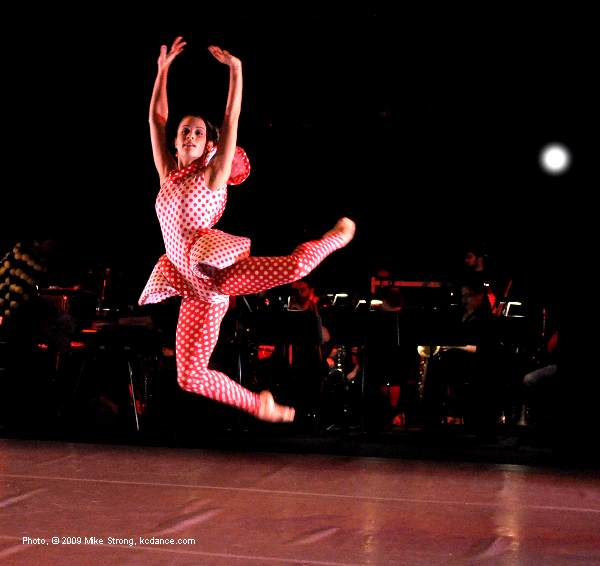 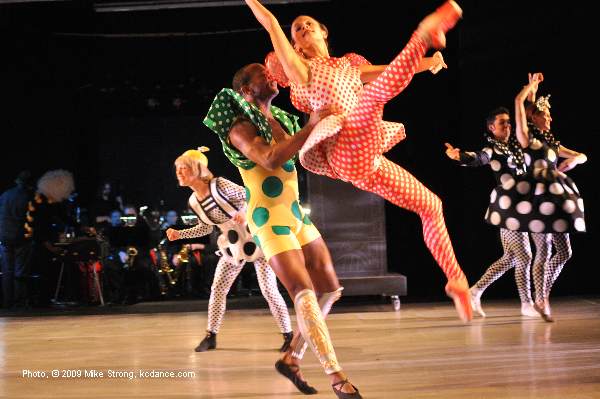 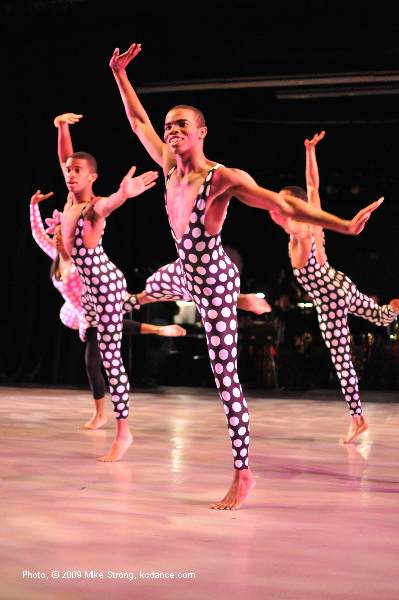 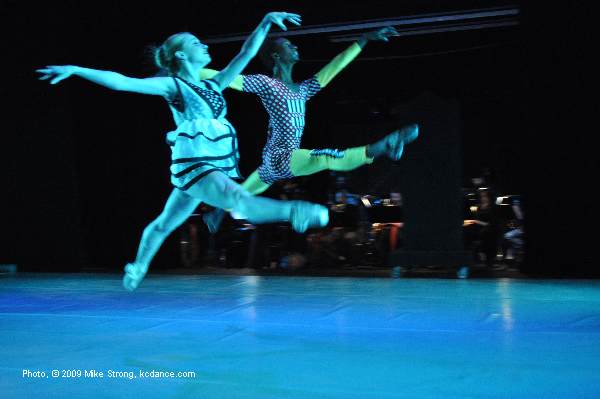 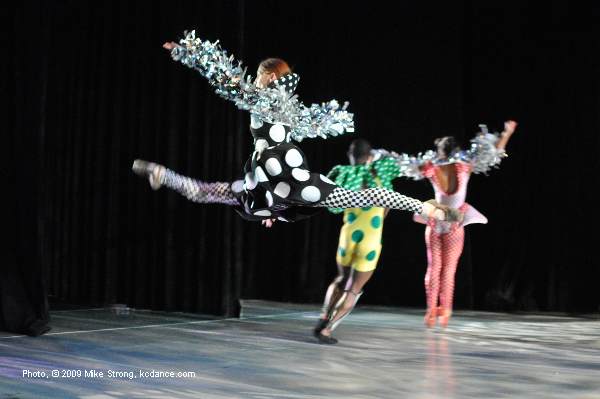 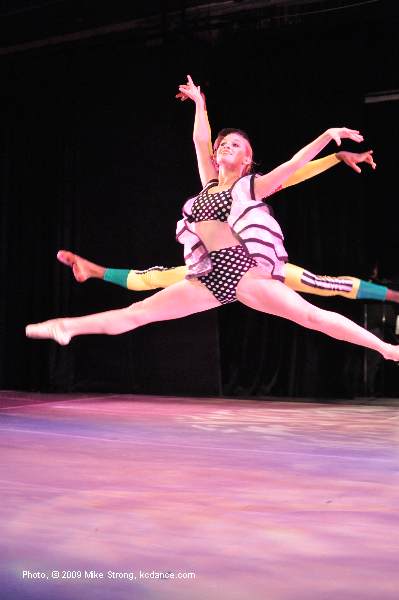 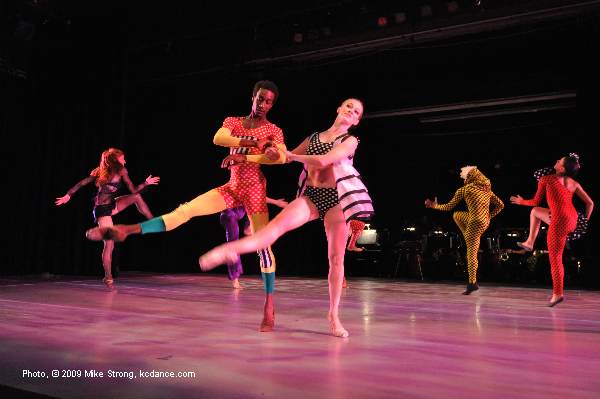 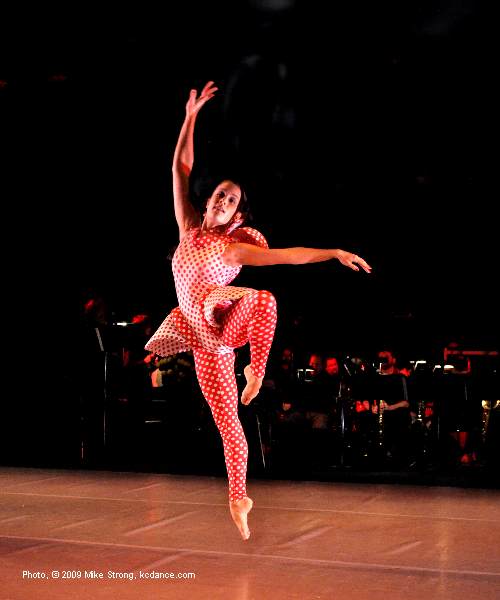 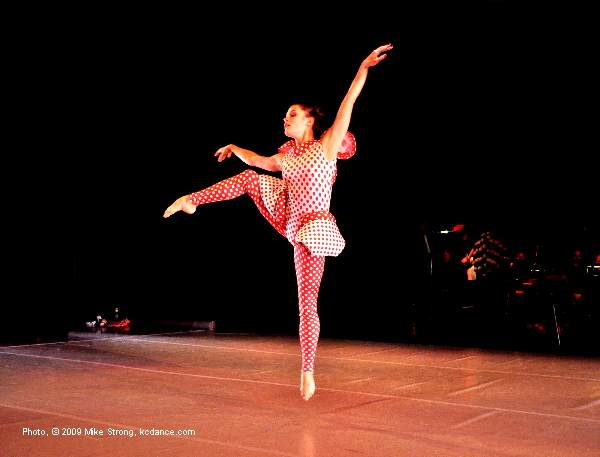 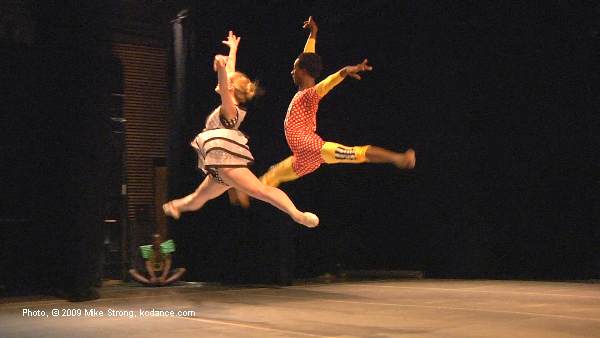 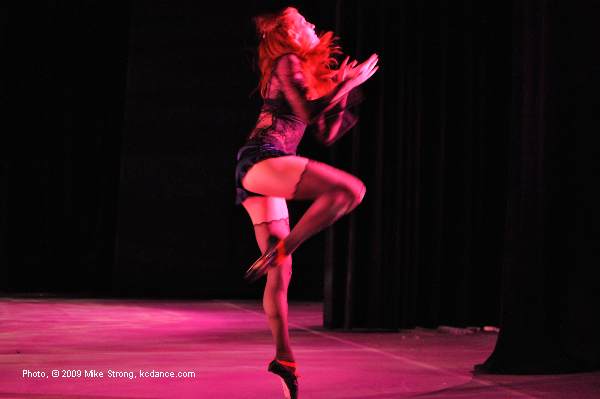 Laura Jones as a sultry Mother. 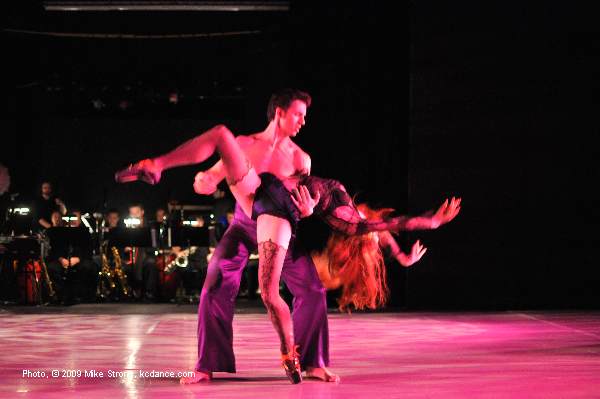 Gavin Stewart and Laura Jones, playing Father and Mother then perform the Arabian Dance as a sexy pair, purple pants, patterned thigh-high stockings and lingerie, all very sultry. Part of the humor includes Father and Mother in steamy roles while their children, Marie and Fritz are giving us a "Yetch!" reaction. 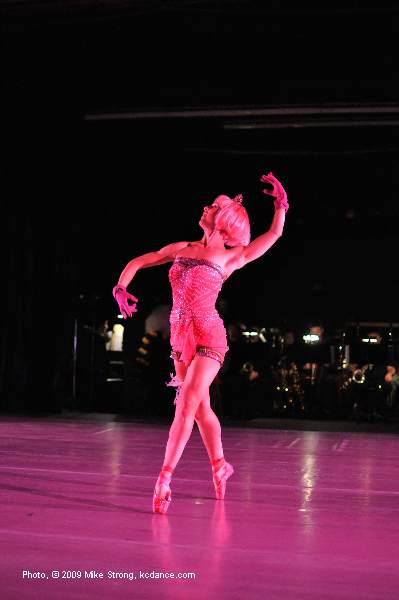 Jennifer Owen in a hot-pink outfit and Marilyn wig and cartoon moves, for a steamy temptress of a Sugar Plum Fairy. This was an un-expected and delightful take on Sugar Plum. 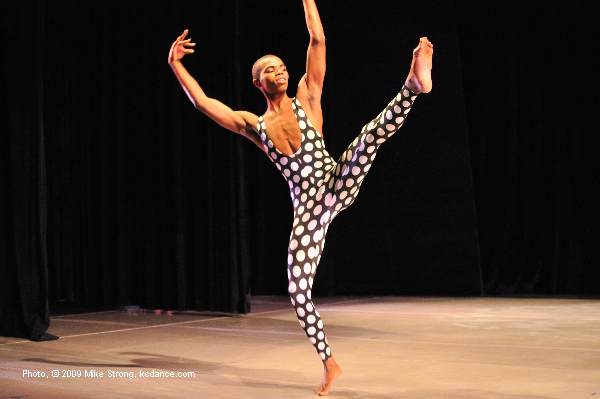