NOTE: I have most of the pictures up that I will be putting on the web. Now I need to finish with contest results, so a little more is coming.
When I shot this it was a close thing between using flash (studio strobes on light stands) or available light. I've used the studio strobes
in years past and it looked good but that was with more light in the room (Jazz museum) where the strobes didn't change the look
of the light in the room. Using available light was more of a challenge because of the lower light levels and required a lot of time
to do work in Adobe's Lightroom to get the pictures. Thanks! 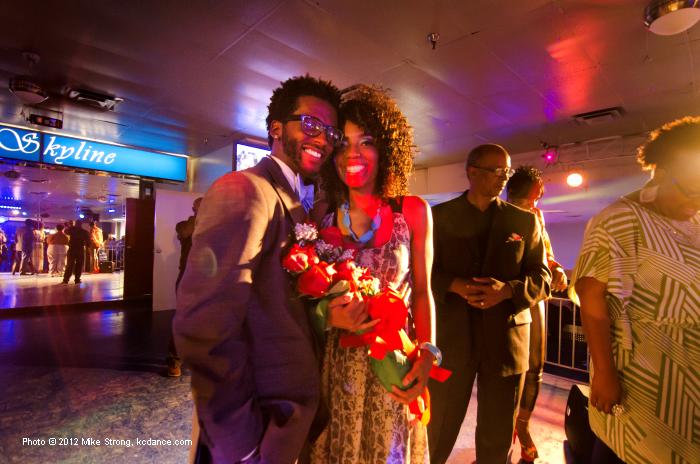 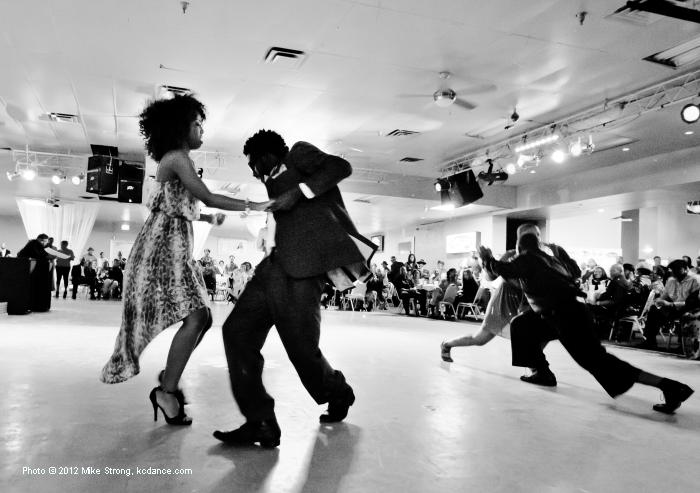 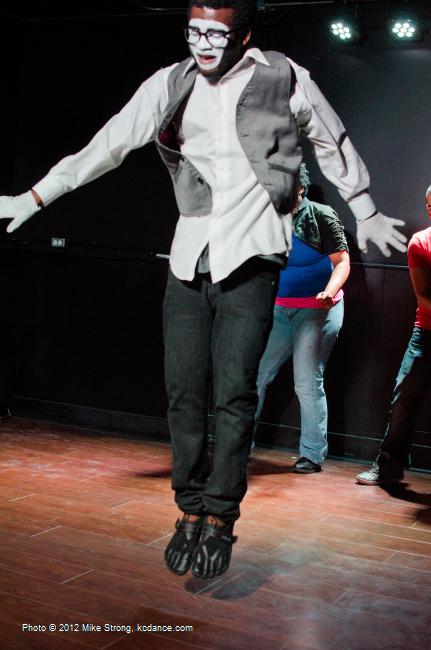 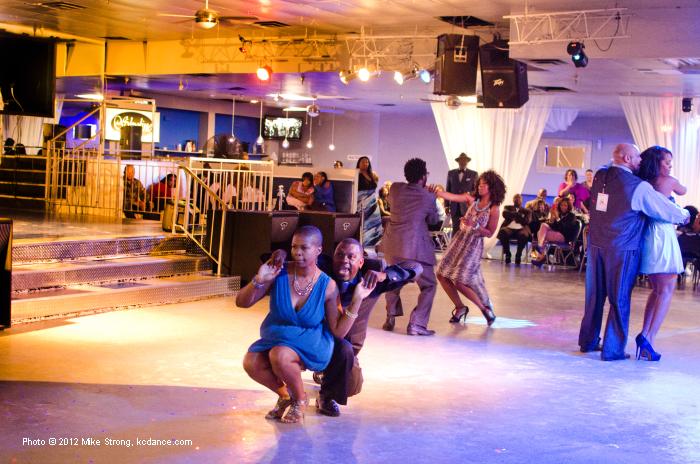 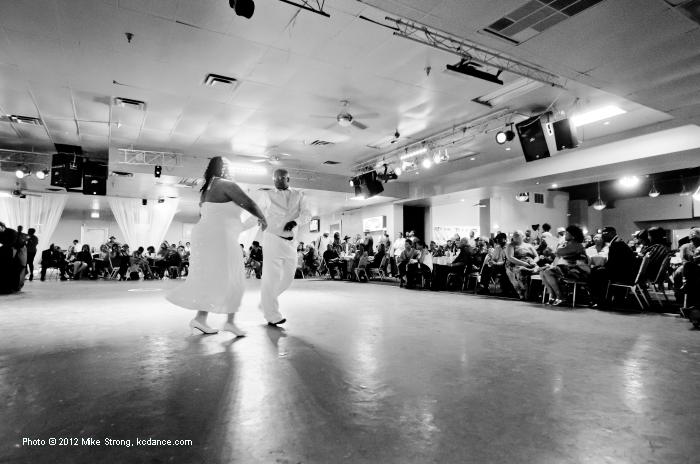 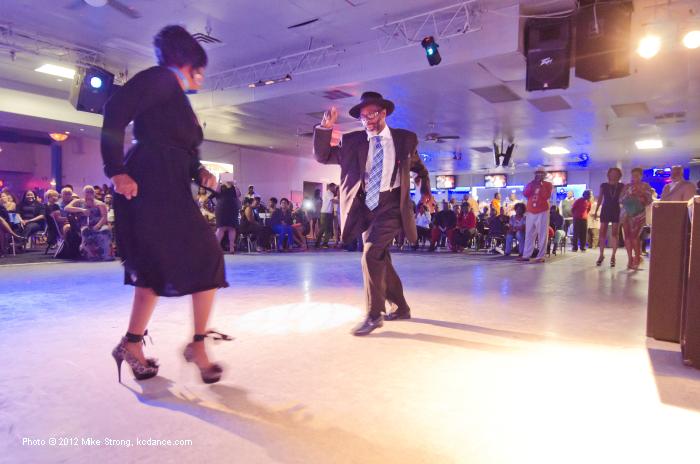 De Barker and 2-Stepin' Al in exhibition round 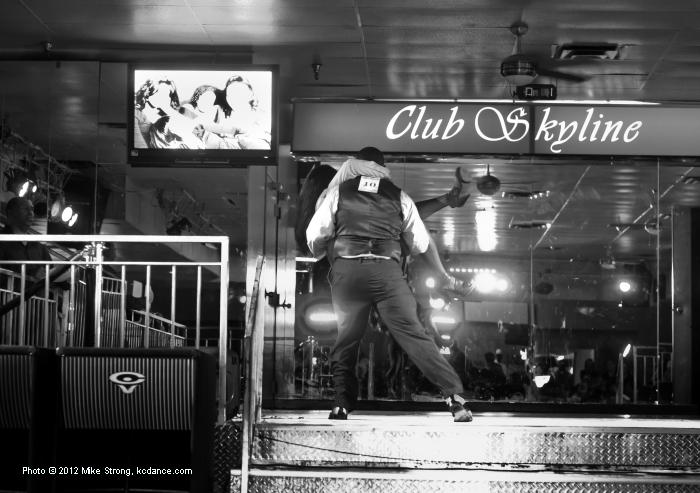 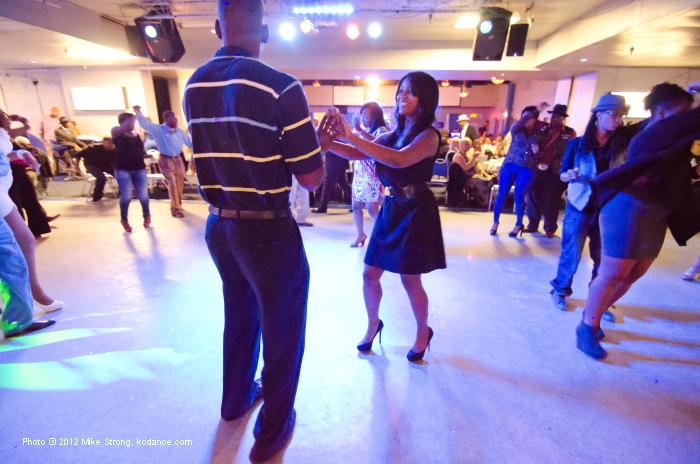 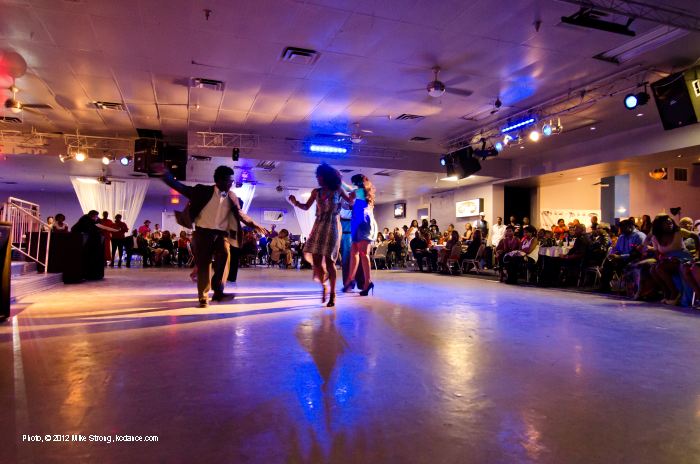 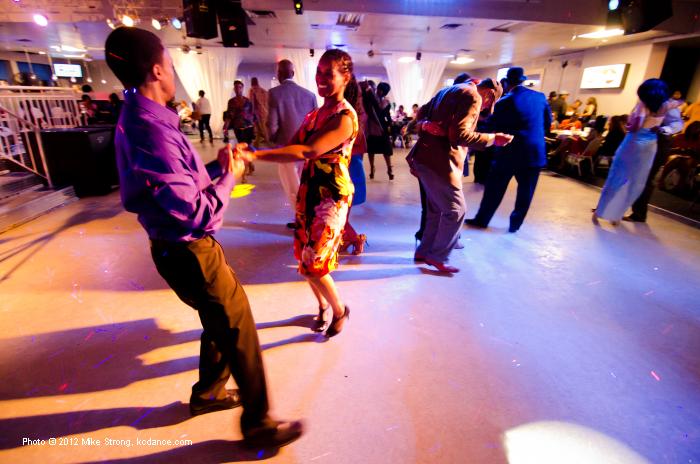 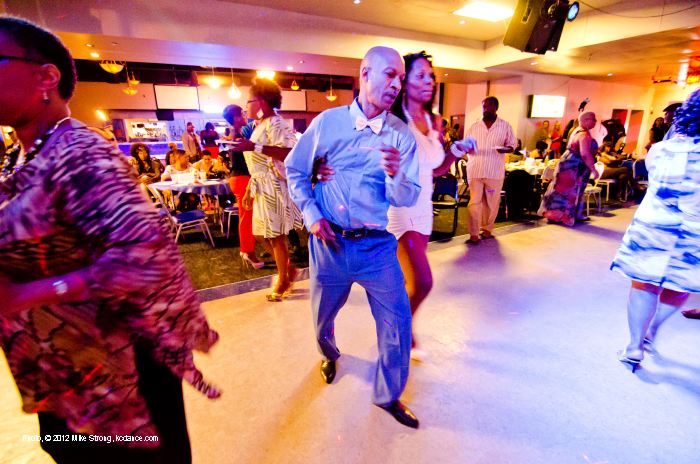 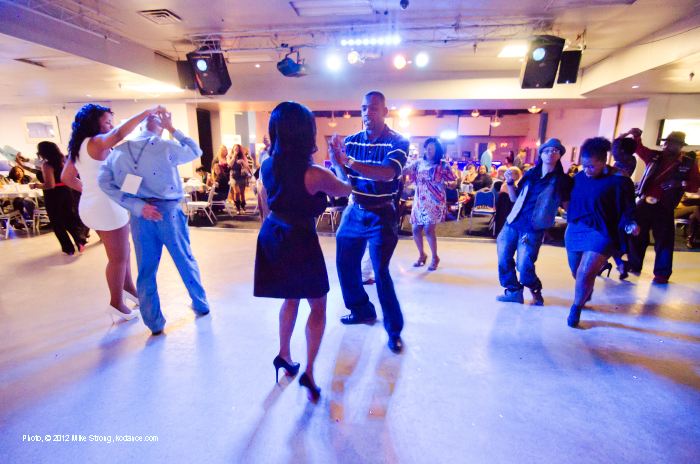 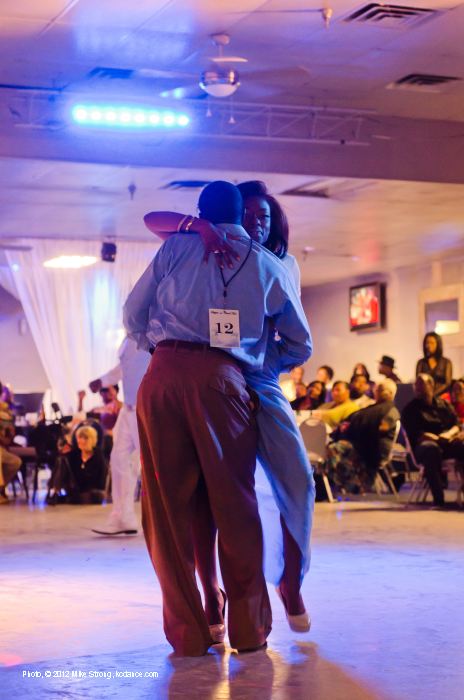 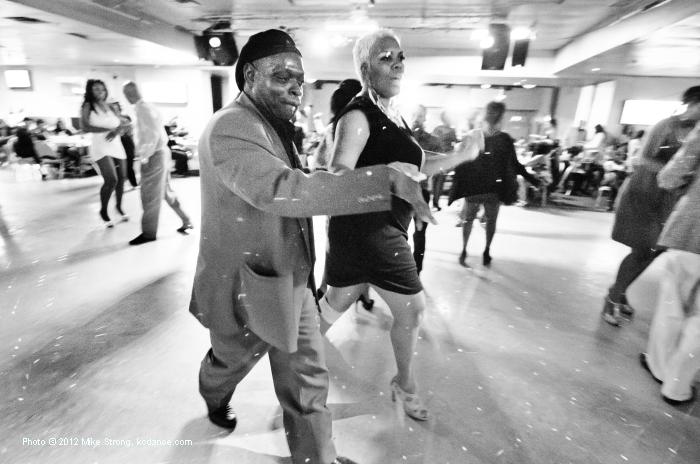 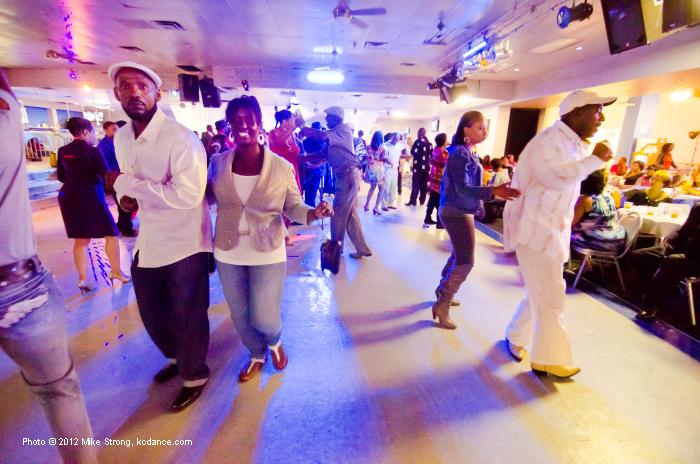 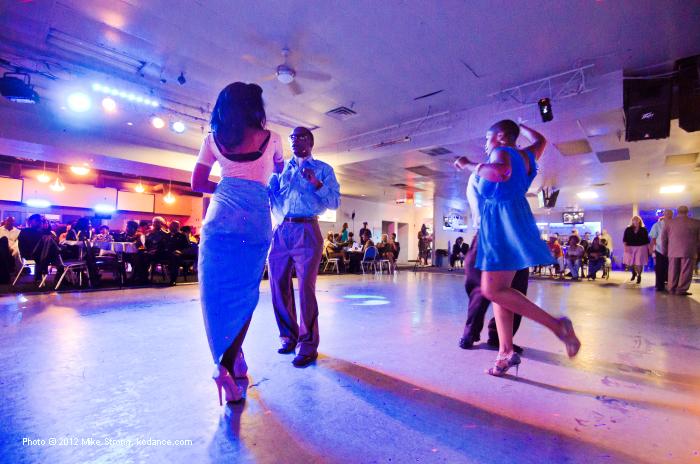 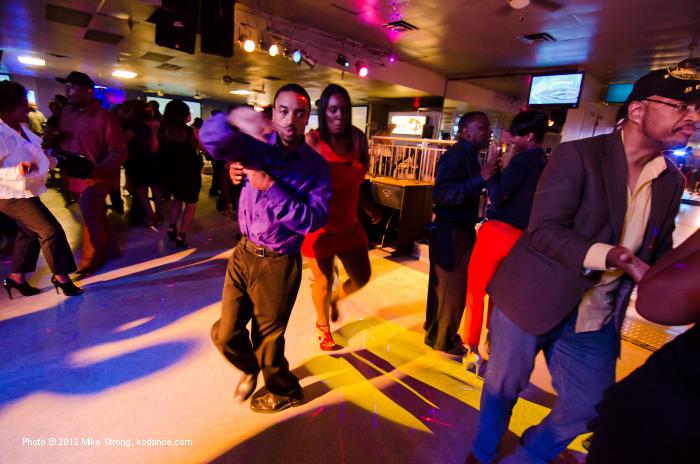 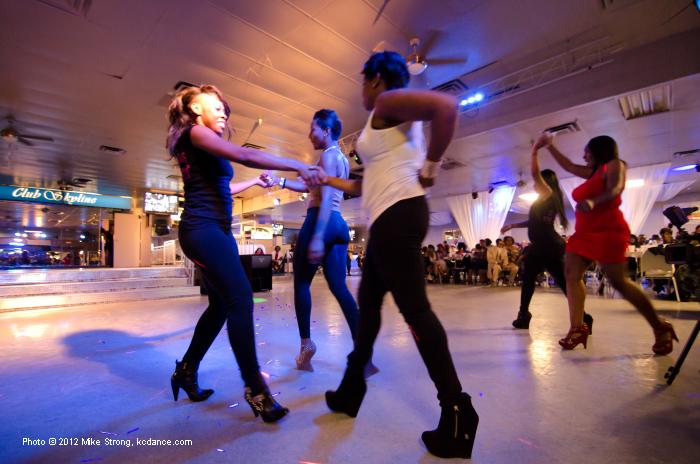 Girls from Stilletto pull some audience members up to dance. 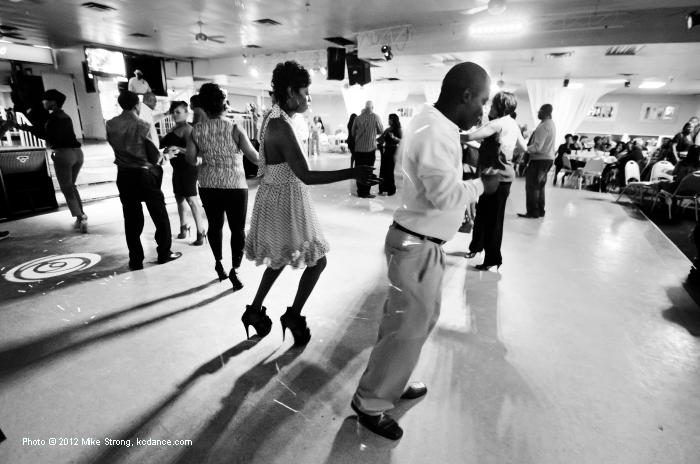