Two Steppin in the KCP&L District 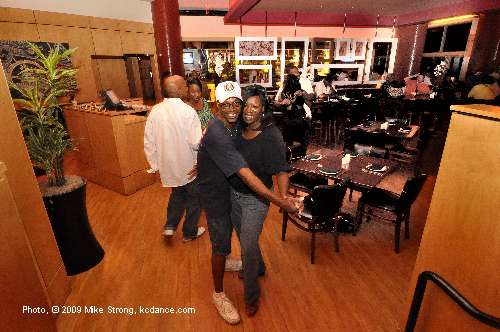 Dancing in the aisle, to the side of the room.

When I heard this one was going to be held my first thought was to the screw-up over a Hip-Hop artist a few months ago. That was a PR dumb play, which followed an already bad reputation among KC's black population due to dress codes which were considered aimed at keeping out African Americans.

Maybe, I thought, this was an attempt to make amends for the Hip-Hop artist incident which was initially suspicious of the KCP&L story and then totally disbelieving of the KCP&L story when I heard the longer account of events that evening.

One of the claims was that the DJ had blown out the house speakers, even though they continued later with other sound. I shoot events (video and stills) and am often hooked up to a line feed from the sound person. While the feed is sometimes too hot at the start, that is what the sound checks are designed to root out and make right, before the performance. In my own opinion (not having been there) the KCP&L story is still fishy, but, maybe this is a trek back to the right direction.

The management of Maker's Mark was not going to move back the tables to make room for dancing. So, organizer De Barker sent out text messages saying, no dancing. Just socializing and music listening. That, to a large group of folks who like to get out and really dance, not just slosh the sauce.

View from the top side: the four-tops in the center are un-occupied and the dancers are relagated to space outside the area or between tables.

The turnout was light. The tables stayed were they were even though they were not filled. The dancers were forced to find what room they could between tables and to the sides of the room, used as an aisle from front to back. All the occupants were from the 2-steppin' crowd.

The floor overall is a nice, hardwood surface. No special dance area, it covers the entire floor. Whatever area is opened up makes a nice dance area. It just needs more area (read, move the tables). 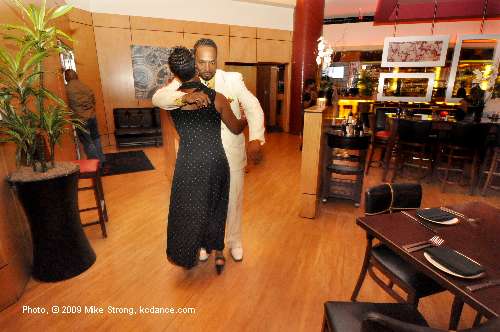 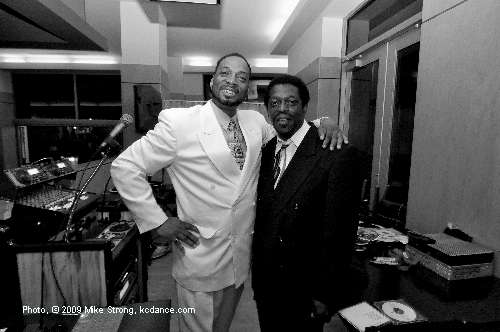 Just a couple of DJs. 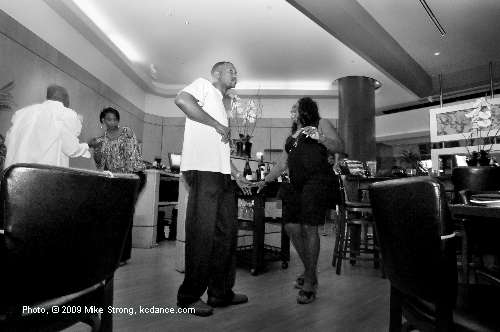 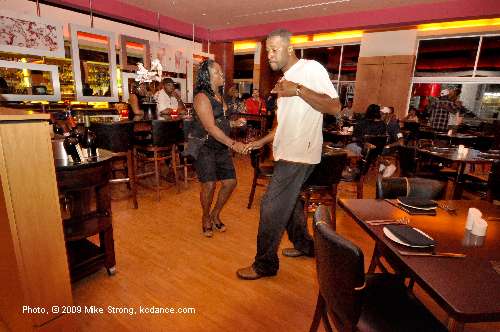 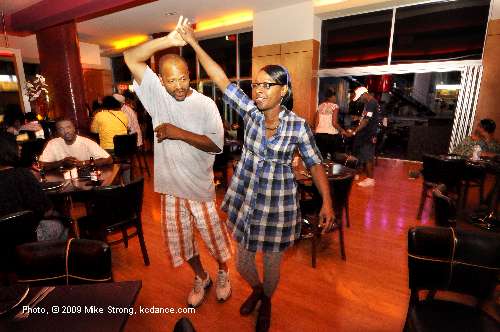