At The Uptown Arts Bar

One day before the actual date (May 25) of National Tap Dance Day The Uptown Arts Bar hosted Billie Mahoney's tap jam in honor of Bill Robinson ("Bo Jangles"). Here is a small sampling of the pictures I shot, and maybe, if I have the time, a few video highlights.

Musicians Ming Ning (keyboards) and Victor Perlmutter (drums) played for the dancers with a break and with the addition at the break of Rich HIll (also a tapper and jazz keyboardist, on trombone) and tapper Lonnie McFadden (with trumpet). Ronald McFadden also came by with tap shoes. Lonnie and Ronald delighted the crowd as they traded licks, each challenging the other. Performer and tapper Dennis Porter showed up to tap as did Karen Seaton (dancer, tapper and singer).

In the middle, in addition to my usual still and video cameras came Kevin McKinney who is doing a doc on Billie. Hi son Simon and Kevin brought along Collin Martin who came with a Red to shoot footwork at higher frame rates (for slow motion). You will see a couple of pictures here.

In addition to my dance photos (which is what I normally focus on - no pun) I am including a few others, especially of the musicians. 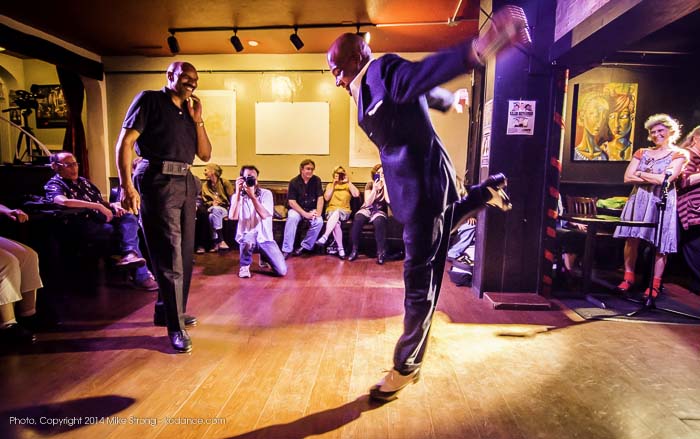 Trading licks: Ronald McFadden and Lonnie McFadden in the middle 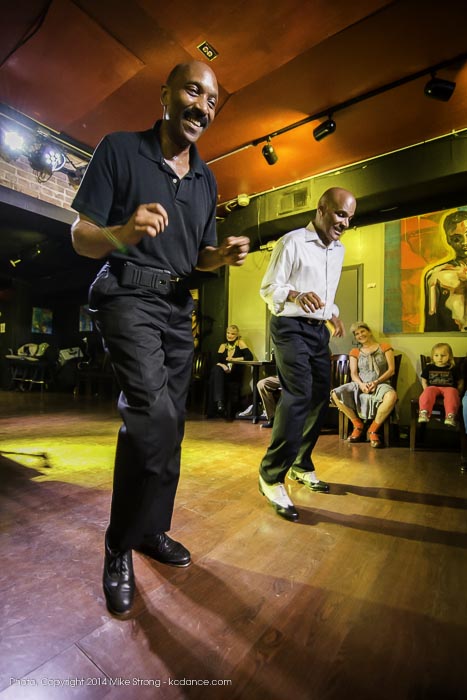 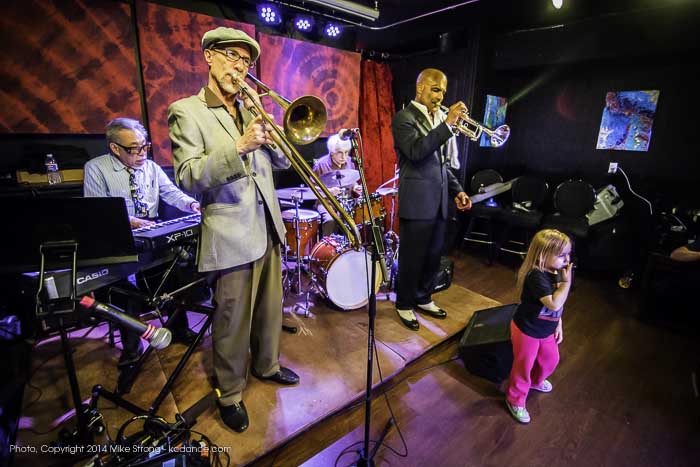 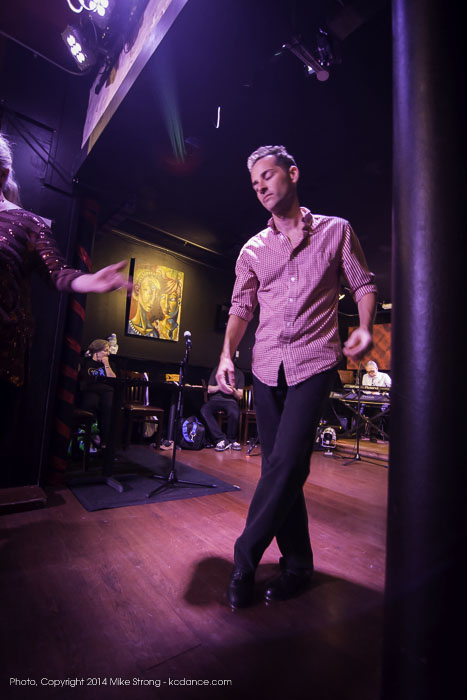 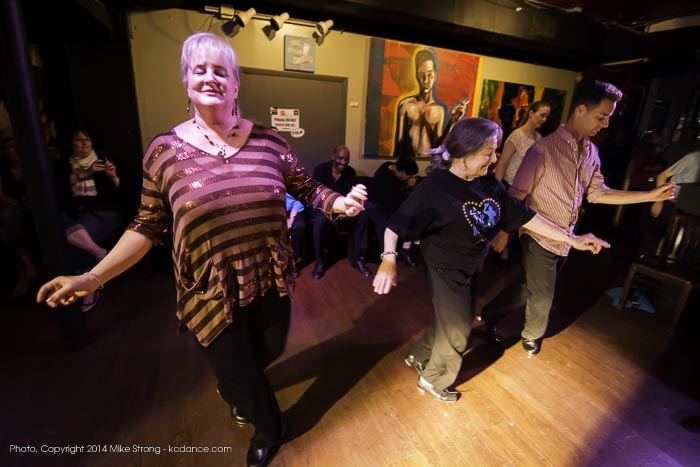 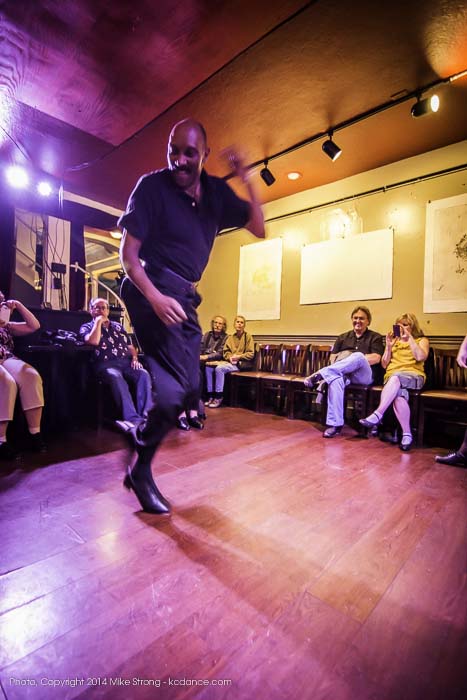 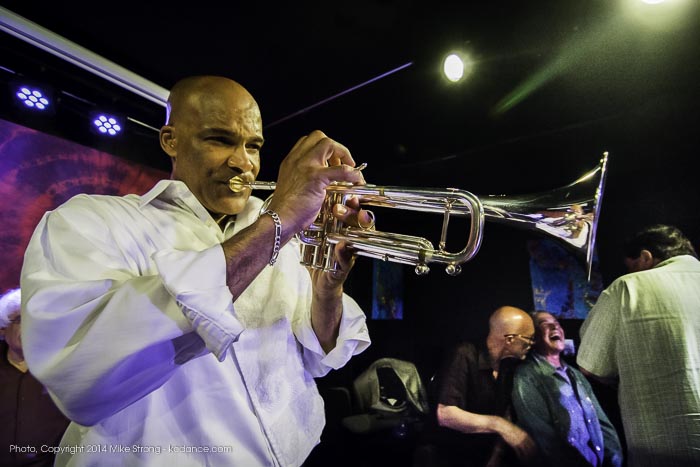 Lonnie McFadden on Trumpet - to the right: Rich Hill and Cindy Bleck with Greg Patterson (owner of the Arts Bar) 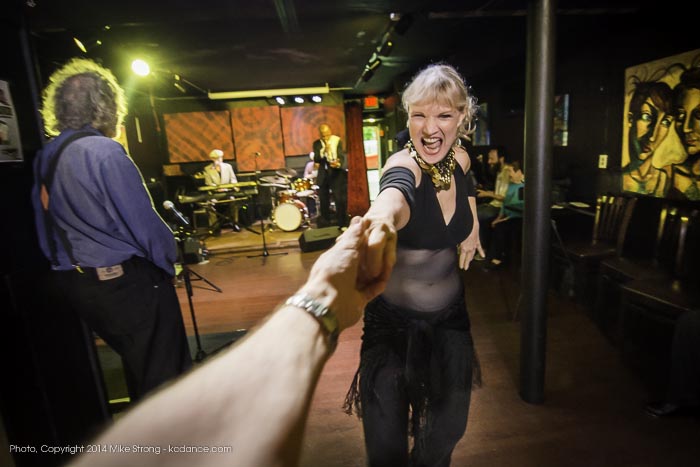 My "self" portrait - actually that is Nicole English and the forearm (foreground) is me. Such is my idea of a self portrait. 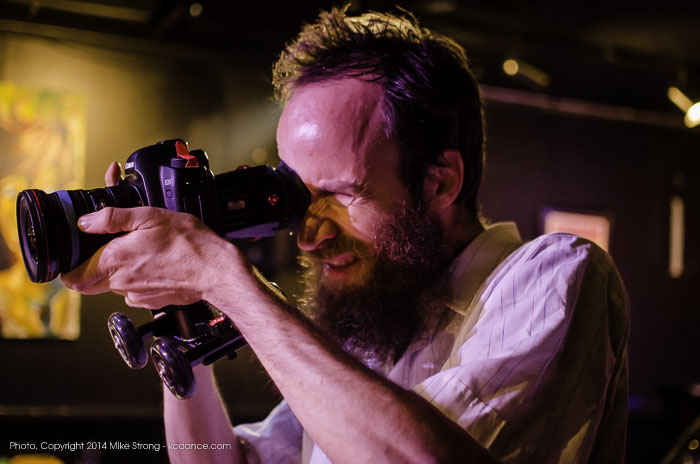 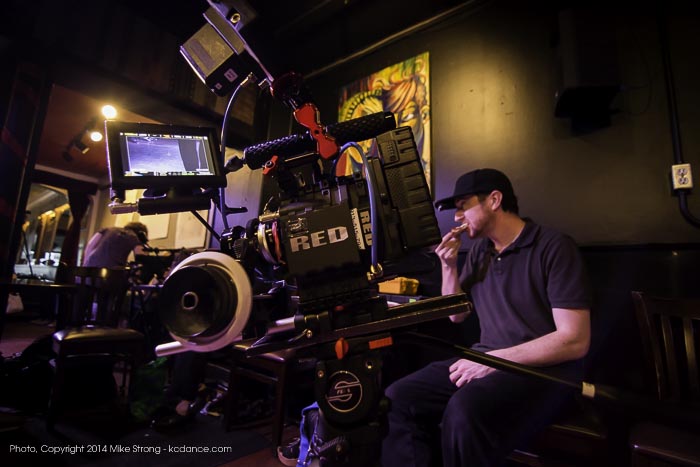 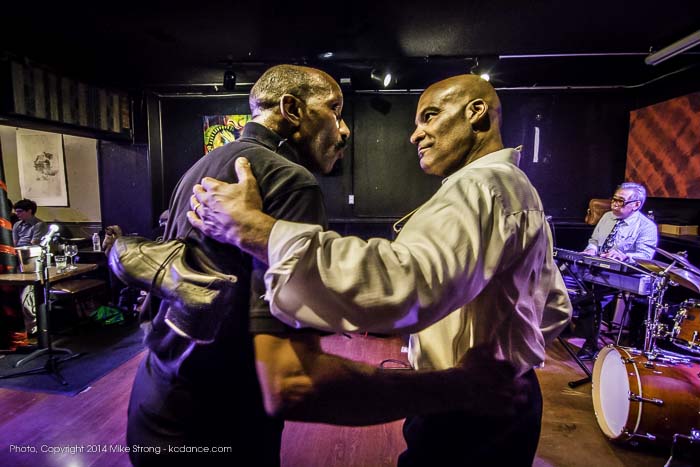 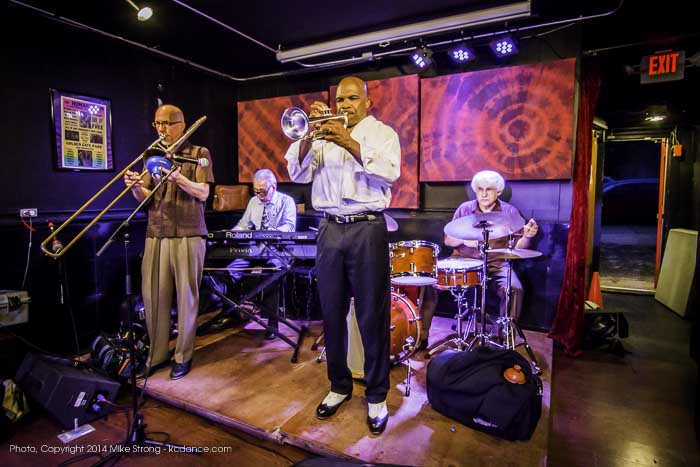 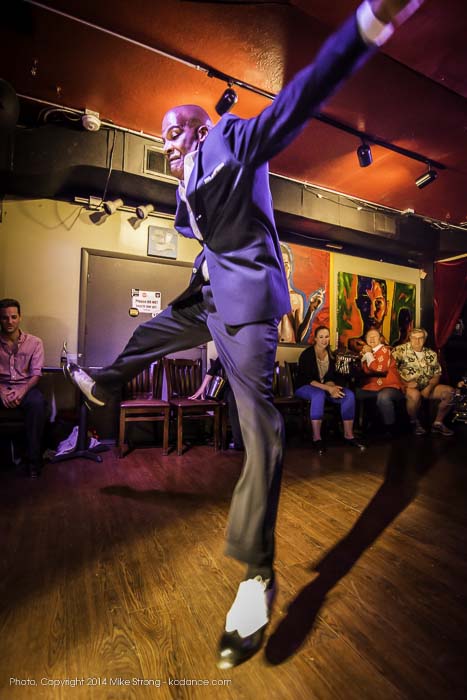 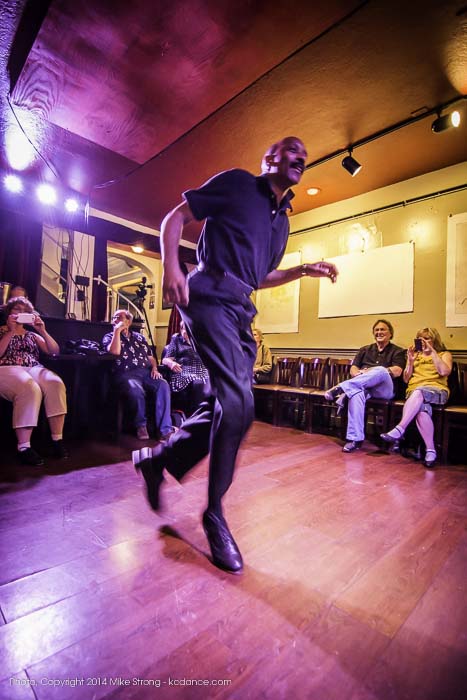 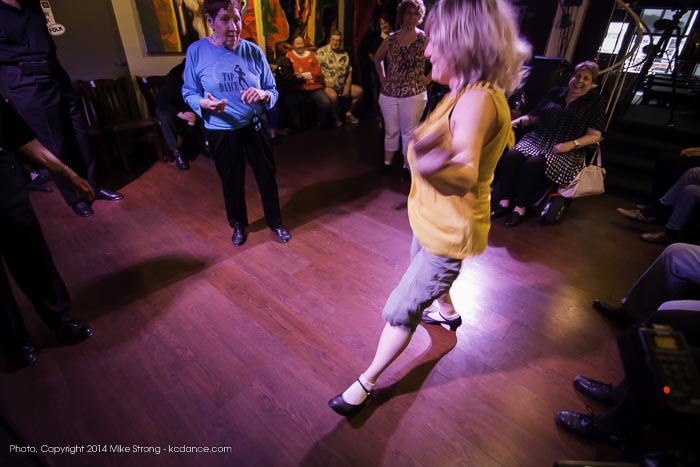 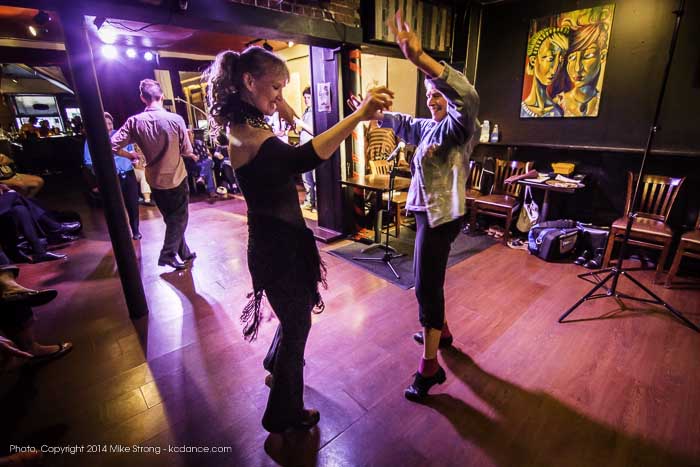 Nicole English and Cindy Bleck (front) and Dennis Porter (left, back side)